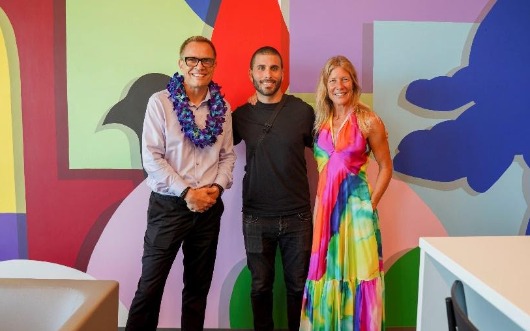 Windstar Cruises celebrated its new headquarters office in Doral, Miami with a party recently. The line moved its office across the country from Seattle, WA, where it had been previously headquartered.

The small ship cruise line marked its official relocation to Miami at its new office at 8400 NW 36th St. (Suite 520) with a grand opening ceremony followed by an open house. Local businesses, partners, vendors, media, and government officials were in attendance.

“We are all so excited to open our new headquarters of Windstar Cruises here in Miami, the center of the universe in cruising,” said Windstar Cruises’ President Christopher Prelog. “This new location allows us to collaborate closely with our vendors, partners, travel agents, and fleet. The location here in Doral is perfect for Windstar.”

Prelog said a Miami office is beneficial for building industry relationships and attracting new talent. It also enables operations employees in Miami to be closer to the line’s ships and crew as they pass through Florida and shorten flight times to the ships in Europe and the Caribbean.

Windstar Cruises President Christopher Prelog, TYPOE and Founder of The Fountainhead Residency Kathryn Mikesell in front of the mural