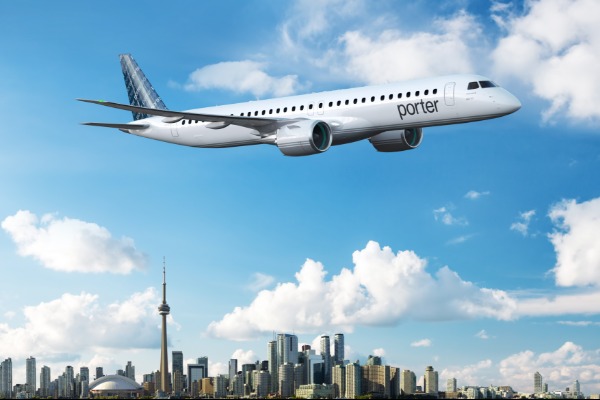 Porter Aircraft Leasing Corp., a wholly-owned subsidiary of Porter Aviation Holdings Inc. (Porter), has entered into agreements for sale and leaseback financing of up to 19 Embraer E195-E2 aircraft.

Three aircraft lessors are participating independently in the transaction, with placement details as follows:

Porter also has options for an additional five Embraer E195-E2 aircraft with Azorra.

Brown added: “We are establishing foundational relationships with these experienced lessors and look forward to working together over the long term.”

As the North American E2 launch customer, Porter intends to operate the E2s to popular destinations from Ottawa, Montreal, Halifax and Toronto Pearson International Airport. The introduction of specific routes will be determined in advance of aircraft deliveries.