Where Pigs Still Don't Fly, But They Do Swim 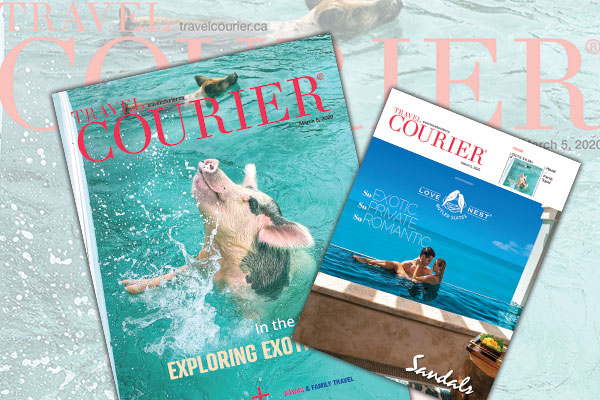 Who let the pigs out?

Big Major Cay, which could more adequately be called Pig Major, is a small uninhabited island that makes up one of the 365 cays that surround Great Exuma – uninhabited aside from those world-famous swimming pigs and a handful of chickens, that is.

Exuma’s swimming pigs have long lured visitors around the globe to this picturesque part of The Bahamas, but how exactly did the Instagram-worthy hogs get there?

“It is said that during the Gulf War, two family members bought several pigs and chickens to raise for fear of an extended war and the threat of food supplies not being able to reach Exuma,” Kerry Fountain, Executive Director of the Bahama Out Islands Promotion Board tells Travel Courier. “They placed the animals on Big Major Cay to be used as food in the event supplies were to become scarce. The Gulf War, however, didn’t last as long as anticipated so the need didn’t arise to use the animals as food. As time passed, boaters looking for deserted beaches to picnic or swim, were greeted by the inhabitants of the island and soon started bringing treats and eats for them. The eager residents, in anticipation of receiving food, began meeting – swimming to – their feeders before they landed on shore.”

Today, visiting the swimming pigs is a top experience for travellers to Exuma, and The Bahamas in general. Tour operators like Triple A Adventures take great care not to overcrowd the destination with scheduled arrivals as well as adhering to a strict regime of what can be fed to the pigs. There are now more than 80 pigs and piglets who call Big Major home.

“The pigs roam the island freely, they are not domesticated, but should not be considered as wild animals either,” says Fountain. “Water for the animals is provided, and of course there is no shortage of food, which includes bread, fruits and vegetables. A vet visits the island every other month to check on the animals and provides basic meds and vitamins to ensure that they remain healthy. Other than greeting visitors, you will find the pigs sun-bathing on the beach or wading in the water during the heat of the day.”

Along with international travellers, Exuma draws in an A-list clientele. Country stars Faith Hill and Tim McGraw have set up camp (ie: a mansion) on one of the islands, Goat Cay, and David Copperfield has developed Musha Cay into a vacation rental, visited by the likes of Oprah Winfrey, Bill Gates, and Johnny Depp. The price tag? A mere US$37,500-US$57,000 per night, depending on the size of the party.