An Open Letter From Jean-Marc Eustache

Preserving The Travel Industry, Preserving Our Connection To The World 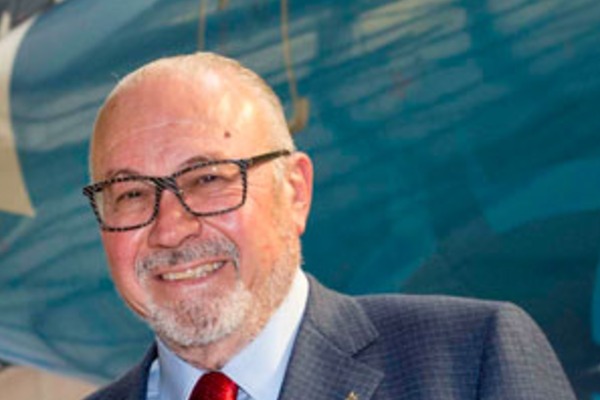 We know that the circumstances caused by COVID-19 are difficult for all of us in a variety of ways. This is especially true in the travel industry, which remains one of the most heavily affected by the consequences of the pandemic and which continues to face widespread indifference from the Government of Canada, despite a formal commitment of sectoral support.

In the wake of a second suspension of our operations in less than a year, and in a final attempt to make the federal authorities aware of the financial and professional abyss facing our industry, Transat’s President and CEO, Jean-Marc Eustache, published an op-ed entitled “Preserving the travel industry is preserving our connection with the world.”

We invite you to read it, while saluting the unwavering commitment, resilience and hard work of travel agents who have remained on the job and navigating through the storm for almost a year now.

“Preserving the travel industry is preserving our connection with the world. More than 40 years ago, I began my career by managing a small travel agency catering to Quebec students, because I was convinced that they should be encouraged to discover the world. This led me to found what was to become Transat and its Air Transat business unit, which has been named world’s best leisure airline several times in recent years.”

“Working in the travel industry means facing constant crises. Economic, climatic, political and, of course, health crises — Transat has had its share over the years and has overcome all of them.”

“And then came COVID-19 which is causing far greater upheaval than anything we have seen before. For almost a year now, international movements have been reduced to their bare essentials, with devastating effects on all those involved in travel. Airlines, airports, subcontractors, travel agencies and tourism businesses — all are suffering as never before.”

“In recent weeks, a narrative against air travel has developed, fuelled in Québec by a few images of irresponsible tourists who did not respect the most basic pandemic hygiene measures. This worry is now being compounded by the existence of new virus variants, which it is feared will be introduced into Canada by air, in spite of all the exhaustive efforts made by the industry to make travel safe and despite the fact that international arrivals are now far more numerous at the land border than at airports. As a result, the government has asked us to halt all our flights to the South until April 30, and we have agreed to do so, in turn forcing us to suspend all of our operations, which cannot be maintained for a few flights a week.”

“The pandemic that is afflicting us all requires many sacrifices, and the airlines have already made more than their share. But I would like us not to forget all that the development of international travel over the last 50 years has brought us in terms of openness to the world, and to others, wealth, and pleasure too. It is all too easy to give in to the temptation to find someone to blame for our difficulties and to imagine that the enemy is coming at us from outside, from abroad—when it has been circulating among us for a very long time.”

He points out that:

“Canada’s aviation ecosystem took decades to build. Our country considers this sector so strategic that it prohibits air carriers from being majority foreign-owned. Maintaining control of the sector means ensuring its connection with the rest of the world and its stability, even in times of crisis.”

“Air travel cannot just be paused, then effortlessly restarted after a few months. Massive investments are lost, skills deteriorate. This is evidenced by the tens of thousands of workers in the sector who have been expressing their distress for months and who, in increasing numbers, have had to consider an alternative career. The costs and efforts to restart and rebuild what has been lost will be enormous.”

“This is why it is urgent that Canada embrace a long-term policy. We cannot simply prevent Canadians from travelling or urge them not to travel without carefully considering the consequences. The measures just announced have the advantage of clarifying the immediate challenge before us, but it is now urgent to define a clear plan for the future.”

“We need to define how to ensure that travel companies, airlines, airports, tour operators, travel agencies and all players in the ecosystem will have the necessary cash flows to survive the crisis, refund their customers who were unable to travel, and maintain their skills, their human resources and their operational capacities.”

And he adds that:

“Measures must be put in place that, when the time comes, will enable us to restart as soon as possible in a safe manner. In this regard, we welcome the implementation of tests at airports, which we have been requesting for months.

“We have already waited far too long. Let’s not be inward-looking and let’s make sure we maintain our connection with the world. With the government finally seeking to engage in dialogue, we will respond. It is urgent, and it is vital.”