A Preview of the Soon To Open Bisha Hotel Toronto 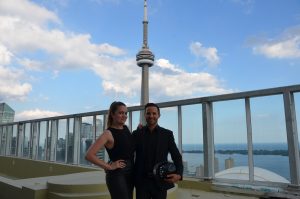 With a 44th-floor rooftop infinity pool overlooking the city and the CN Tower, an exclusive floor designed by Lenny Kravitz and Kravitz Design, and the first Canadian namesake restaurant by celebrity chef Akira Back, the soon to open Bisha Hotel Toronto is set to make a mark on Toronto’s hospitality scene. 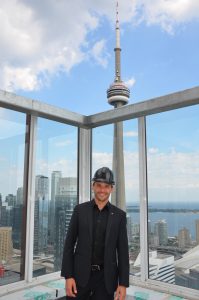 The property is designed by Alessandro Munge of Studio Munge, aside from the rooms by Kravitz Design, which include the penthouse buddha suite with a private 1,000-sq.-ft. patio.

“Everything is overlooked by Lenny,” adds Lapierre. “We’re very excited to unveil that soon. It’s an exciting partnership.”

The hotel is the vision of Charles Khabouth of INK Entertainment, which is behind Toronto nightclubs like REBEL and Uniun, and real estate developers Sam Herzog and Mel Pearl of Lifetime Developments.