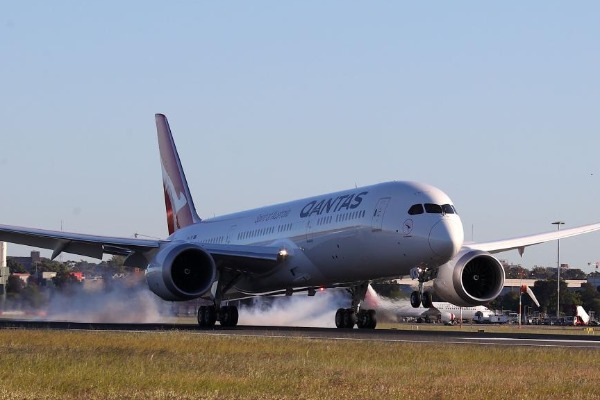 Some record-setting long-distance test flights by Qantas are being assessed for their potential to be introduced as regular commercial routes, and also for their impact on the health of passengers and flight crews.

Two of three super long-haul test flights have been completed, with the first spanning the distance between New York and Sydney, and the second flying from London to Sydney.

The first of those flights took place in October, when Qantas made aviation history with a non-stop flight that covered 16,200 km. in a time of 19 hours, 16 minutes. It was done using a new Boeing 787-9 Dreamliner with 49 people on board.

A Boeing Dreamliner was also put to work for the flight from London, which lasted 19 hours and 19 minutes. The Dreamliner subbed in for the Boeing’s 777X-8 that Qantas is considering for this service. Also under consideration is an Airbus entry, an A350-1000. The final super long-haul test flight will take place in December, with another flight from New York to Sydney.

These “Project Sunrise” flights are being staged so that Qantas can determine if there is solid business case for establishing regular commercial services based on these routes, or any other route that is over 16,000 km. in distance from Sydney.

Qantas Airways Ltd could place an order for planes capable the flights by early next year, according to CEO Alan Joyce. The airline plans to make a purchase decision by the end of this year, based on considerations like aircraft price, seating configuration and a pay agreement with pilots. New ultra long-haul routes could be launched by 2023, said Qantas.

Qantas also used the flights as an opportunity to assess their health impact on both passengers and flight crews. Pilots, cabin crew and passengers were all monitored in the air for health indicators like alertness, fatigue, sleep and general health/wellbeing. Collected research data included, for instance, activity monitoring, sleep diaries, cognitive testing and checking of melatonin levels.