Time To Quench Your Thirst For All Things Irish 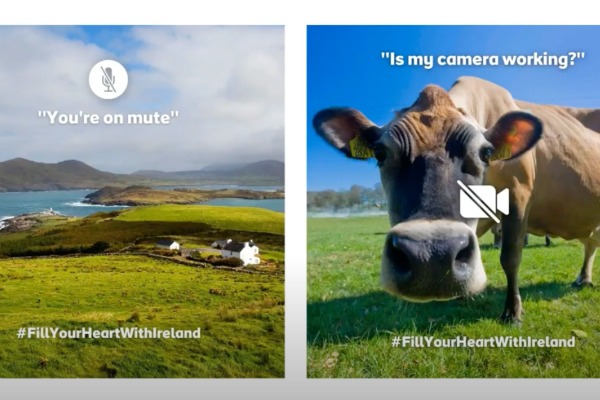 Dublin’s Pearse Lyons Distillery has found an altered use for an altar.

The whiskey manufacturer set up shop in 2017 in an 18th-century church in the heart of the Irish capital, which the distillery’s Tracey Flinter concedes was an unusual venue for the production of alcohol, and underscores the importance of whiskey in Irish society, a recent Baxter Media webcast was told.

“There’s nowhere else you’d find whiskey in a church than Ireland,” she said. “That’s exactly where we distill our whiskey. A lot of people find it hard to believe we produce whiskey in that old building.”

Pearse Lyons Distillery welcomes visitors, who can be familiarized on the different stages of whiskey production, enjoy whiskey tastings and gain insights on such topics as pairing food with whiskey.

Information is provided in seven languages.

A tea room is also found and a gin school that will enable visitors to make their own gin and take it home is in the works. 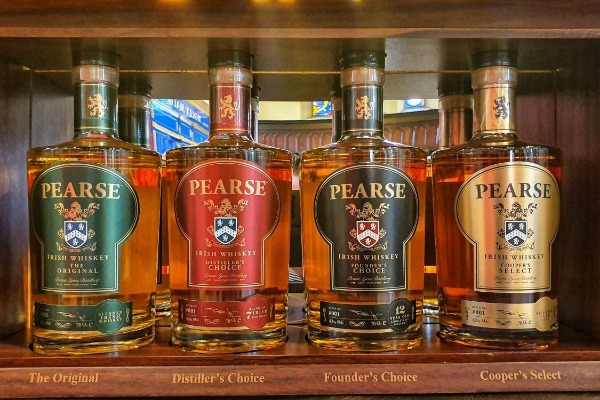 The whiskey is actually produced in Kentucky-made copper still pots found on the church’s altar. The pots were hoisted to that location by crane when the church’s roof was being restored during the 4.5 years of work that went into the structure’s conversion into a distillery.

Those exploring Pearse Lyons Distillery will see such familiar church features as stained glass, while its new steeple is referred to as the Liberties Lamp, a reference to the Liberties district it’s in.

Pearse Lyons Distillery was founded by Irishman Pearse Lyons, who earlier worked in distilling in Ireland and Kentucky, and dreamed of opening a distillery in his homeland.

Flinter noted her workplace has also served as a final resting ground for many    Dublin residents.

“I believe that we’re the only whiskey distillery that is surrounded by a graveyard,” she reported, adding nine of Lyons’ relatives are interred there. “We like to say our tour is 50% history and 50% whiskey. Not only are you getting the the insight into what life was like back in Ireland over 800 years from all the stories of the characters buried in the graveyard but you’re actually getting the story of the whiskey and the whiskey production too.”

Those who appreciate Irish alcohol will also welcome the news that Dublin Bay Cruises has decided to serve Guinness Beer on its sailings, sailings that the company’s Eugene Garrity noted highlight numerous points of interest, including a home where famed novelist James Joyce worked on his classic book Ulysses. 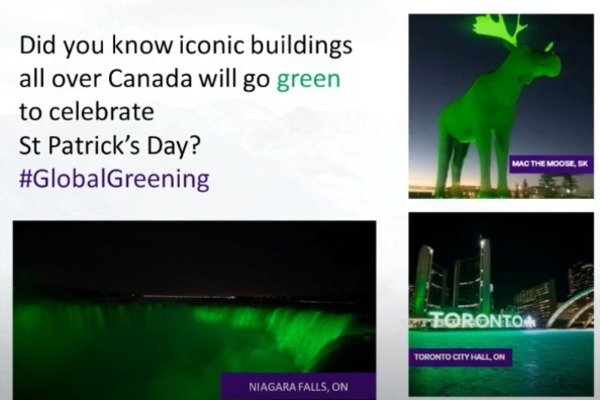 One-hour Dublin Bay Cruises are available in the April-October period.

Viewers were also told that Dublin’s Windmill Lane Recording Studios is welcoming visitors, with Niall McMonagle saying that studio has seen the likes of U2, the Spice Girls and the “groover from Vancouver” — Bryan Adams — record there during its 40 years of operation.

“I can name-drop with the best of them,” he joked.

Windmill Lane decided to begin admitting visitors after fans of performers recording there would frequently knock at the door, hoping to be able to enter. Those touring it will get a “new perspective on how music is created,” McMonagle said.

Tristan Jacob of the Iveagh Garden Hotel said that 145-room property has worked diligently to lower its environmental footprint, and its efforts have drawn attention from the likes of Time magazine, which labelled the hotel one of the world’s Greatest Places in a 2018 edition.

Jacob said the hotel’s using “really fantastic new technology” has enabled it to take such steps as dramatically reducing its use of fossil fuels.

He noted hotel features include a “botanical garden terrace.”

Jacob added the hotel’s owner was determined to create a hotel that can be “luxurious and great for the environment.”

Meanwhile, Sandra Moffatt, who heads Tourism Ireland in this country, said her homeland is getting ready to pay tribute to St. Patrick, even if the well-known story of him driving snakes out of Ireland is questionable.

“We always like to say the Irish never let the truth get in the way of a good story,” she said.

And if you have a bigger thirst for all things Ireland, go to https://trade.ireland.com/en-ie .