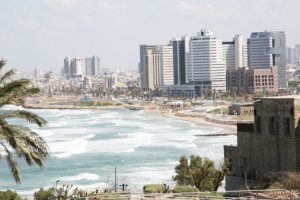 The largest increase took place in the two countries where the Tourism Ministry invested considerably in marketing – Poland (89% increase) and China (45%). There was also a 33% increase in tourism from Germany, another country where the ministry has concentrated significant marketing investment.

Director General of the Ministry of Tourism, Amir Halevi, commented, “Having broken the all-time record in tourism as a result of innovative and creative marketing activities, we have begun to make changes in the organizational structure of the ministry, with the aim of adapting it to the new tourism market, with an emphasis on the digital space and developing niche tourism markets such as sport, culinary and more. We have also worked to improve the tourism infrastructure, with the guiding principle being first of all the maintenance and cleanliness of existing sites.

“We are working to diversify the accommodation options in Israel to suit the developing market trends, and thereafter increase incoming tourism. We are also working to recruit manpower for the industry, which currently employs more than 200,000 people. As a result of all these changes, we are optimistic about the growth in tourism and its consolidation as a significant contributory factor to the economy and the job market.”