Agents A Driving Force As Canadian Visits To Caribbean Grow 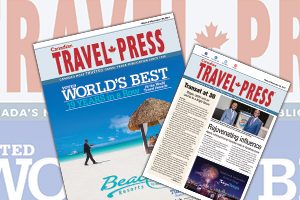 “Travel agents are major influencers in booking travel to the Caribbean and getting more so than before,” he tells Canadian Travel Press.

Riley continued: “I saw a statistic recently that in North America the section of the population that is the fastest growing user of travel agents are millennials. Who knew? So yes, travel agents are growing in importance again and it’s not only millennials that are using them to book travel to the Caribbean.”

In Toronto recently for Caribbean Week, Riley announced that while Hurricanes Irma and Maria affected nearly 25% of its member countries, Canadian arrivals to the Caribbean are still expected to surpass the 3.4 million mark by the end of the year.

“Canada was a strong performer during the first half of 2017 with arrivals from this country up 6.4% when compared to the same period in 2016. This was a significant rebound from an uncharacteristically feeble performance in 2015 where our tourist arrivals from this country fell by 3.4%. Thankfully that has changed,” he says. “It’s still to early to measure specific effects of the hurricanes since the October numbers aren’t yet in, but The Conference Board of Canada expects a transfer of demand from affected to unaffected countries with the overall impact likely to be minimal.”

For the full story, check out this week’s digital edition of Canadian Travel Press .