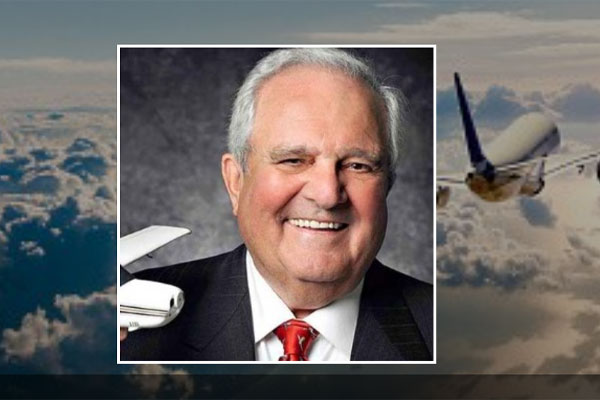 It’s with heavy hearts we announce the passing of Roger Jarvis on July 7, 2022. Ironically, on the night before the start of the 2022 Calgary Stampede.

Even though he grew up on his family farm, Roger’s actual dreams were in the air. He took flying lessons in the late 50’s to become a pilot, but there were no jobs after he got his license.

Instead he got a sales job with Canadian Pacific Airlines. During this time, Roger took some sales and marketing courses at SAIT and he was very quickly transferred to CP head office in Calgary. He was asked to develop a marketing plan around the 1964 Japan Olympics. This got him thinking there must be a better way of operating the travel industry. He decided he should go out and knock on corporate doors to get new clients. The personal touch is what people wanted.

Meanwhile, Roger met the love of his life, Marie at the Palliser Hotel in 1964 while he was working for CP. After a few weeks of gentle persuasion Roger and Marie went on a date, and as they say, the rest is history.

In 1971 Roger founded Jarvis Travel, his greatest achievement. His company was twice named “one of the 50 best managed companies in Canada”. Personally, Roger received a Capital Pinnacle award for Entrepreneur of the year in Calgary, both in 1989 and 1995.

Roger sold Jarvis travel in 1988. Through a suggestion from a friend he became a Calgary Stampede Volunteer. He was then a director of the Stampede and then became the President. Roger was also a longtime member of the Rotary Club of Stampede Park. Both of these associations provided Roger with many of his now dearest friends.

Roger was also quite a sports fan. He used to ski, golf and he played baseball as a young man in the 70’s he also refereed many hockey games for Calgary Minor Hockey. He also spent many hours watching Lori and Brian participating in their various sports. When the Flames came to Calgary after the Calgary Cowboys, Marie and Roger got season tickets and they spent many wintry nights cheering on our Flames. We remember walking around the Saddledome concourse stopping every minute or so to talk to one of his many friends.

The family will be planning a Celebration of Life in the near future.

Please refer to www.edenbrookcemetery.ca for this information.

In lieu of flowers, donations can be made to the Heart & Stroke Foundation.