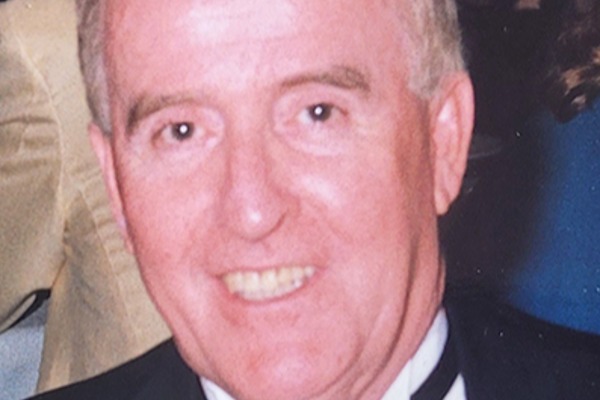 For many of us in the travel industry here in Canada, John McKenna and travel insurance were synonymous.

McKenna, an industry icon, passed away at Grand River Hospital, Kitchener on Nov. 27. He was 86.

Born in Montreal, McKenna began his professional career as a personnel administration manager for Air France, before moving into sales with that airline.

When he left Air France, he joined Voyageur Travel Insurance as a district sales manager; subsequently being promoted to VP sales eastern Canada and seeing McKenna move to Brampton, ON.

Voyageur became a nation-wide entity with McKenna eventually becoming its president before ultimately being purchased by the Royal Bank of Canada.

Prior to his retirement, he sat on the Board of Directors of the RBC Insurance Group as vice-chairman.

McKenna was a caring and loving man who adored his family. He took pride in his Irish heritage and loved its music and history. His sound advice, wisdom and generosity will be missed along with his telling of many hilarious life stories.

He was preceded in death by his sisters: Kathleen, Margaret, Maureen and Eileen He is survived by Mary-Ann, his loving wife of 59 years, sister Josephine (her husband Jim Treacy and their family) sons; Mark (partner Magda) and John (wife Vicki), Grandchildren; Lauren, Matthew, John George, Victoria, Michael, David & Jacob, two great- grandchildren; Owen and Paityn, brothers-law; Brian Turner, Frank Ryan and Bob Desnoyers and wife Ginette and many nieces and nephews. There will be a Celebration of Life on June 25, 2022 at the Royal Canadian Legion Branch 275 Fergus, ON.

Charitable donations can be made directly at this branch. Messages and condolences may be left for the family at www.tricitycremations.com or 519-772-1237.

From all of us here at Baxter Media, we’d like to extend our heartfelt condolences.

And let’s all take a minute today, and remember, John Dominic McKenna … he will be missed.