Home › News › Remembering One Of The Greats

Remembering One Of The Greats 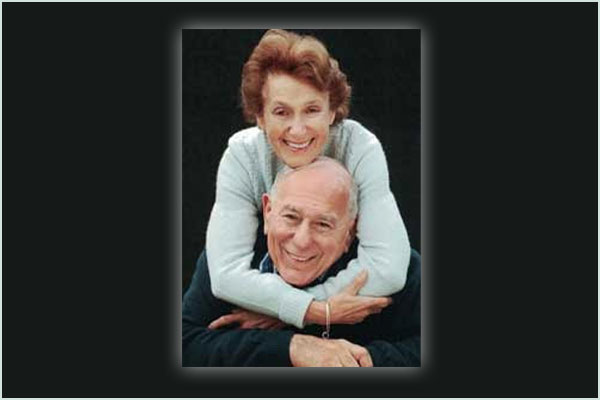 There are a handful of people who have played key roles in the history of the global travel industry.

His obituary tells his story … and we thought we’d like to share it with you today, so read on:

“Nick Tarsh was a true hero; a man who lived his life to the full and made a positive contribution to the lives of everyone he met… and many, many more who he didn’t meet.

Many people will have known him in one walk of life, conscious of his remarkable contribution, without knowing he was just as wonderful in another.

He was the first Jewish head boy of Clifton College, captain of the cadets and captain of the first XV. He represented Liverpool, Lancashire and England as a schoolboy rugby player and received an England trial as a schoolboy golfer. He won a state scholarship in Maths and gained a place at Clare College Cambridge, where he read law. In the same year that he graduated, with first class honours, he also represented Cambridge in the Varsity Match. He has said subsequently that walking out on the turf at Twickenham was one of the proudest moments of his life. But while that was his proudest moment, he felt his greatest achievement was marrying Helen, who barely left his side throughout 62 years of marriage.

After leaving university, he qualified as a barrister, coming fourth in the country in the bar finals. However, the law was not for him and he opted for a career in business, starting out in the family firm, as manager of the Courts furniture store in Walton on Thames.

At heart, he was an entrepreneur; and it was not long before he wanted to branch out. Backed by one of his uncles, he bought a share in the Overseas Visitors Club (OVC), a venture in Earls Court, London, which he ran for a decade; and in doing so, created what was to become “the destination” for young people visiting the UK for the first time from Australia, New Zealand, South Africa and elsewhere.

Towards the end of his time running the OVC, he acquired Trafalgar Travel, which took long-haul visitors on escorted coach tours around Europe. It was a company he built up and then sold to a South African entrepreneur, who kept him on to run it, which he did with spectacular success for almost a decade. In the years that followed his sale, Trafalgar’s ownership changed a few times; and Nick eventually left after its then owner was reluctant to support him in running the business as he wished, setting the highest standards and rewarding exceptional performance.

Then jobless, with a mortgage and four children to support, he took the brave decision to start again from scratch. With the backing of Black & Edgington and its Chairman Robin Duthie, he founded Insight International Tours, and with the assistance of his brother-in-law, Stephen Lucas, he competed head on with Trafalgar. He differentiated Insight with a superior product, imaginative itineraries and innovative marketing. Within five years, he won a Queen’s Award for Export Achievement – the first escorted tour operator ever so to do. Insight acquired the UK based tour operator, Evan Evans and continued to grow. In 1990, he became the founding Chairman of the European Tour Operators Association (ETOA), which was established to lobby for the whole industry at EU level. Like Insight and Trafalgar, ETOA grew successfully, eventually becoming the leading trade association for inbound tourism to Europe. At the age of 60, Nick sold! Insight to the same businessman who bought Trafalgar from him and he dedicated the rest of his life to one of his extra-curricular passions, namely charity.

Nick’s entrepreneurialism and leadership were just as effective in the not-for-profit sector; and ever since seeing the documentary “Cathy Come Home” Nick was hooked on helping the homeless. An early hit was the establishment of the Donkey Derby, an annual fair and donkey racing event in Richmond in aid of the homeless charity Shelter. Encouraged, as he was on so many endeavours, by Helen, he took an interest in Relate, initially assuming the role of Treasurer for the Richmond & Hounslow branch. He rose from there to become the Vice Chair of the national organization in 2000 and then Chair in 2006, a position he held until 2012. He also became the Chair/President of several other charitable institutions, including Clifton College, JIA travel section, London Rotary Club, Philip King Charitable Trust, Polack’s House Educational Trust, Richmond Parish Lands, Richmond Shelter Group, SPEAR (Single Persons Emergency Accommodation Richmond), Sustain for Life and the Tel Aviv University Trust. In addition, he was Vice Chair of the Richmond Council for Voluntary Services and a Director/Trustee of the Clare King Charitable Trust, National Trust Enterprises and Plan International. 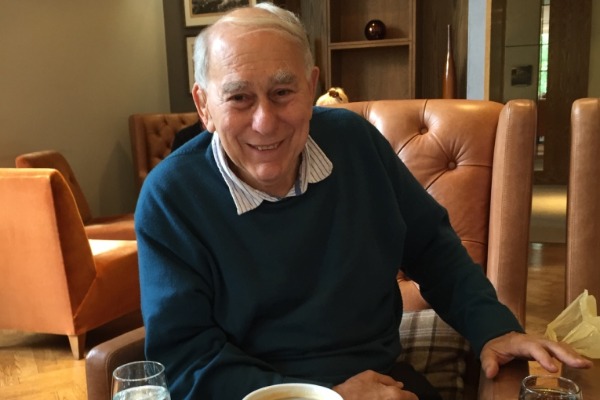 Whilst his broad-ranging charitable endeavours were recognized with an OBE in 2006, his contribution ran much deeper than the titles. He engaged thoughtfully, constructively and empathetically in discussions about strategy, fund-raising and personnel; and he would often spend hours poring over the accounts of the numerous organizations he was helping, ensuring the numbers added up correctly. He and Helen frequently rearranged their home to host fund-raising events and other gatherings. He took great interest in the selection of senior people running the organizations. He was particularly proud of his role in the appointment of a new CEO for Relate and the Headmaster of Clifton College, individuals who fully justified the faith he put in them.

Despite all his substantial achievements, he was modest. He preferred to give credit than to take it. He listened before he spoke; and he was always interested in people and the situations in which they found themselves. If you were to ask him about what was most important to him, everything already mentioned would have come second to his top priority – his family. When he met Helen at a party, it was love at first sight. He didn’t rest until he had convinced her to drop all her other suitors in favour of him. His highly successful chat up line was: “let me help you with your law exams”. He married Helen in 1959 and soon after she was the youngest woman to be called to the bar. Nick and Helen had four children, David who married Deborah, Benj, Jeremy who married Soph and Anna who married Simon. They produced eight grandchildren, Jack, Lara, Harry, Noah, Zack, Sacha, Ethan and Kezia. He and Helen took enormous pride ! and interest in all of them and also in their large extended families, encouraging and mentoring many in the face of demanding challenges and supporting a few in the face of significant adversity. Moments of his greatest family pride included David graduating from INSEAD, Jeremy succeeding as an entrepreneur, Anna performing on stage and in the media and Benj overcoming considerable obstacles to qualify as a doctor. Years later, Benj helped save his father’s life on more than one occasion by providing inspired medical advice.

Nick took his last breath at 5.30 pm on 10th May 2021 after battling with metastatic prostate cancer for the best part of two decades. He outlasted every prognosis, no doubt owing to his devotion to Helen and his profoundly positive attitude to the future. His legacy and his devotion to family will live on through the lives of his adoring wife, children and grandchildren.”

So, take a moment today and remember Nick Tarsh …

Nick Tarsh with his wife, Helen …