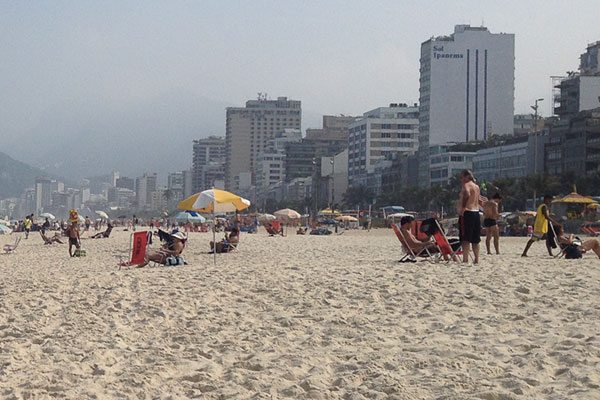 With an estimated number of two million people, the New Year’s Eve show on the sands of Copacabana will be marked by the expansion of tourism, compared to last year’s party. The projection is the result of a survey by the Rio Convention & Visitors Bureau.

Rio de Janeiro’s top tourist spots are projecting a 15% increase in visitors compared to the same period last year. Hotel occupancy should exceed the 95% mark between the Dec. 29 and Dec. 31. During the party, the expectation is maximum capacity in the city. Among the tourist attractions projecting growth in visitation are Sugarloaf Mountain, Corcovado, Yup Star Ferris Wheel, Museum of Tomorrow, BioParque do Rio and AquaRio.

The return of the event in its original format after two years creates expectations that the show will go down in history as one of its best editions. There will be 11 hours of programming with shows and 10 rafts of fireworks. It is estimated to generate BRL$ 2 billion to the city’s economy.

The executive president of Rio CVB/Visit.Rio, Carlos Werneck, said: “Copacabana’s New Year’s Eve is a super democratic event and a trademark of the city. It will be the first complete celebration after the health restrictions as a result of the pandemic, with everything that visitors deserve: fireworks and shows. We are sure that the city hall will deliver a beautiful and unforgettable party.”

The celebration of New Year’s Eve is not restricted to the beach area. There are exclusive event options throughout the city for those who prefer to escape the crowd. For this audience, there are options for private celebrations at kiosks, clubs, restaurants and other establishments. Bars and restaurants associated with the Rio CVB expect numbers similar to last year. For shopping malls, the estimate is a growth of 40%.