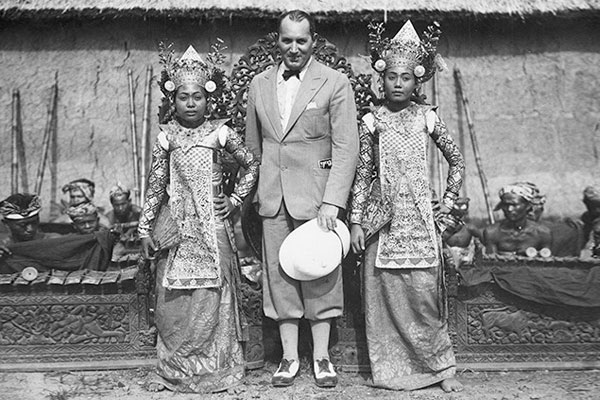 The celebration includes free admission on Dec. 19, 2018, if you are 100 years old or better; free admission if your birthday is Dec. 19; and Ripley’s Believe It or Not! Odditoriums will be randomly gifting guests with $100 bills.

Believe It or Not!, a phrase heard daily, was coined by Robert Ripley, a man who created a century old (and counting!) legacy. One hundred years later, “Believe It or Not!” remains a part of our lexicon, but what about the man behind the phrase?

Ripley was famous for his world travels and regaling his readers with tales of far-flung places. Ripley travelled to more than 200 countries in 35 years seeking the odd, the unusual and the unexplained. On Dec 19, 1918, the cartoon that started it all was published. It was a slow sports news day, and with a lack of ready material, Ripley got the idea to pull together some previously drawn cartoons of unusual sports feats he had drawn, but not published. He submitted it to his editors, and the rest, as they say, is history. Ripley became so popular that he was once voted the most popular man in America and received an average of 3,000 letters per day – that’s over a million letters a year. Beyond print, Ripley also had an extensive career in broadcast, even earning his own star on the Hollywood Walk of Fame for radio.

Today, Ripley’s Believe It or Not! has over 30 locations in 10 countries, has publishing, licensing and broadcast divisions that oversee projects including the syndicated Believe It or Not! television show, best-selling books, and the popular syndicated cartoon strip that still runs daily in multiple countries around the world.