Riu Plaza Coming To Toronto In 2021 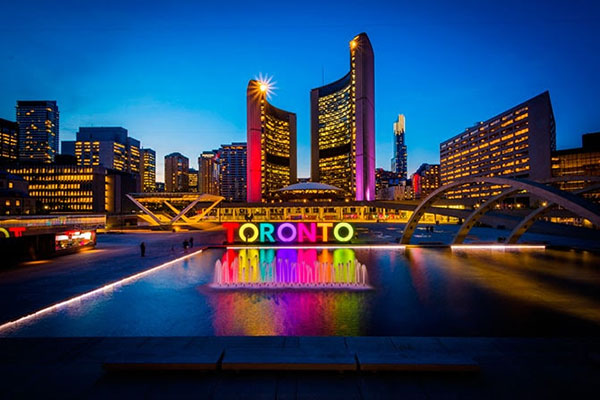 Riu Hotels & Resorts plans to build one of its Riu Plaza urban line hotels in Toronto. The Spanish company intends to invest around $100 million in the project, the first RIU hotel in Canada and will add continuity to the hotel company’s plan to “expand into the world’s great cities.”

The project is near the end of the design phase and is set to open in 2021. The building, a newly-built modern tower block, will be located in the city’s financial district and be mixed-use. RIU’s investment in the part intended for the hotel will have 350 rooms, meeting rooms, a gym, bar and restaurant, while the upper floors will be for residential use.

Luis Riu, CEO of RIU Hotels & Resorts, has made it clear that the opening of the first hotel in Toronto “is a big step forward in our commitment to expanding the Riu Plaza hotel line in the world’s key cities, establishing the RIU brand beyond more traditional vacation destinations. We hope this hotel attracts RIU customers around the world to discover the city of Toronto with us, and also hope that the loyal customers we have in Canada decide to discover our urban product. This project means a new drive to raise awareness of our brand within and beyond the country.”

RIU Hotels & Resorts has had a relationship with Canada for years, with the country being one of the main markets for RIU hotels in the Caribbean, Mexico and Central America, but it is only with the opening of this new hotel that it will physically establish a presence in the country.

Riu Plaza line has important projects in store. The first to be opened, next spring, is Riu Plaza España, the first RIU urban hotel in the country, located in the iconic Edificio España in Madrid. In London RIU has acquired a building in one of the best areas of the city, beside Victoria Station, to open a hotel in its urban line there in 2020, while in New York, Riu Plaza’s second hotel is already under construction and is set to open in 2021.

RIU currently has six Riu Plaza hotels worldwide, as well as three under construction: Riu Plaza España, Riu Plaza London and a second one in New York. The first city hotel opened its doors in Panama in 2010 and has since been joined by the Riu Plaza Guadalajara hotel in Mexico, Riu Plaza Miami Beach and Riu Plaza New York Times Square in the USA, Riu Plaza Berlin in Germany and Riu Plaza The Gresham Dublin in Ireland.

Go to http://www.riu.com for more.