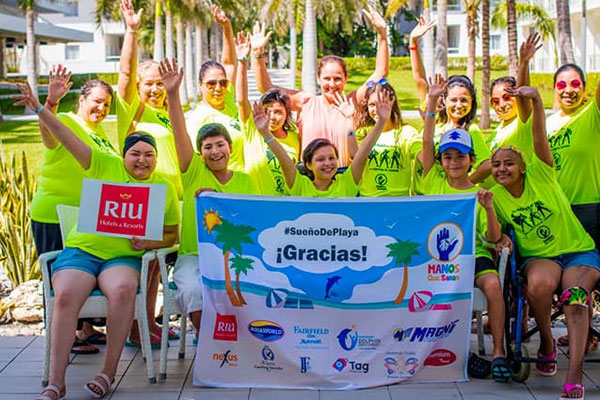 RIU Hotels & Resorts has published its Sustainability Report for the first time in the company’s history. This document sets out the company’s endeavors in 2017 in environmental protection and social action, another step on the journey that the hotel chain started in 2012, when its first Corporate Social Responsibility reports were drafted.

With the report motto of “Focus on You,” RIU has sought to symbolize its responsibility towards its customers and employees, along with its commitment to the environment where its 92 hotels are located.

The ultimate aim is to offer a clear and concise explanation of all the information relating to sustainability that may be of use to the RIU Hotels stakeholders.

In the sustainability report’s opening letter, RIU Hotels CEOs Carmen and Luis Riu state that: “over the last decade, people and the environment are the two ideas that have been at the heart of the RIU Hotels strategy in relation to corporate social responsibility and that have defined the initiatives we have carried out.”

These two areas form the structure of this report in which people voice the various actions and projects that RIU carries out around the world and in the majority of which those working for RIU and associations working with it are the key players.

Hotel directors and staff, heads of corporate departments and those from the various associations with which RIU works guide the reader through this report that marks the start point of a strategy that will, over years to come, focus on commitments to protect childhood and health, reduce poverty, consume responsibly and protect biodiversity and the environment.

The company points out that: “This document has a clear informative purpose, as corresponds to any sustainability report, and its ultimate aim is to make public the actions of RIU Hotels with regard to sustainable development and the company’s capacity to produce economic, social and environmental benefits in the communities where it operates.”

Go to http://www.riu.com for more.