Home › Cruise › Royal Caribbean Sets A Course To The Future

Royal Caribbean Sets A Course To The Future 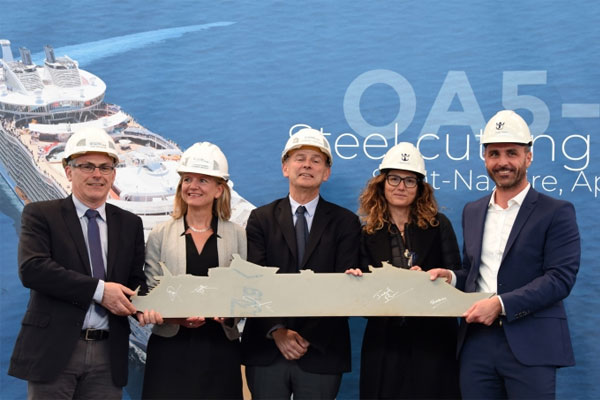 The revolutionary Oasis Class will soon have a new sister, as Royal Caribbean International recently celebrated the steel cutting of a fifth Oasis Class ship, scheduled to be delivered in 2021.

The steel cutting, marked the official start of construction on the new ship and took place at the Chantiers de l’Atlantique shipyard in Saint-Nazaire, France.

The fifth Oasis Class ship will combine the iconic seven-neighborhood concept that her sister ships feature with a bold and unexpected lineup of thrilling experiences, imaginative dining, unparalleled entertainment and the latest technology.

Royal Caribbean International has been delivering innovation at sea for over 50 years and today offers itineraries to over 260 destinations in 72 countries on six continents, including Royal Caribbean’s highly anticipated Perfect Day Island Collection with the first private island in The Bahamas, Perfect Day at CocoCay.

Sail on over to www.RoyalCaribbean.com for more.