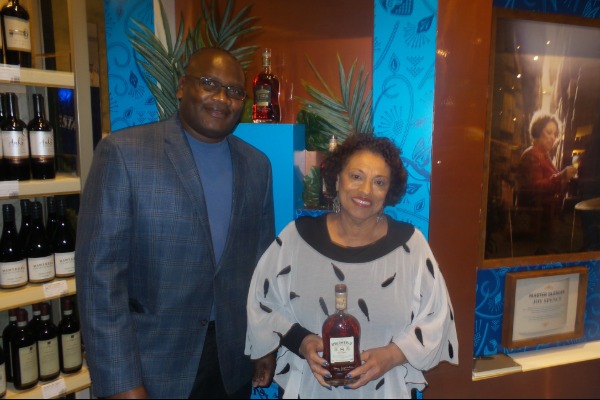 Joy Spence is joyful that her employer has shown extreme appreciation of her being extremely savvy about a Jamaican product that has clearly made its mark in this country.

The southern Jamaica distillery routinely hosts those curious about rum’s production, with Dan Hamilton of the Jamaica Tourism Board telling PressToday during a Wednesday Toronto launch of a revamped Appleton line that those visiting the facility can learn about the spirit “from sugar cane fields to the production of the final product” on the tours, which end with the visitors being able to sample Appleton rums and receiving a “full rum experience.”

The distillery also has a restaurant tourists can visit, said Hamilton, who praises Jamaican rum for having a distinct aroma and taste.

Canada is the largest foreign market for Appleton, in business for 265 years.

The trailblazing Spence herself was on hand for the event, which saw the introduction of the Appleton Estate 8 Year Old Reserve, which bears her signature on the bottles. The blend is special to her as it’s the first she created after becoming a master blender.

Spence said having the tour named after her by her employer caught her off guard, but she was convinced by Appleton’s senior management that that was indeed the case.

“I didn’t believe it when I heard it,” she told PressToday. “But he said, ‘I’m telling you that and I’m the managing director.’”

Pictured are Hamilton and Spence.