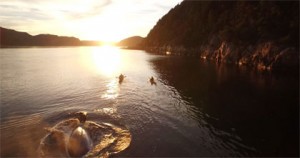 Destination Canada president David Goldstein has a message for those planning on visiting Canada in 2017 – get ready for some lively celebrations.

Goldstein told Rendez-vous Canada 2016 delegates in Montreal that this country is gearing up for two major celebrations next year – the 150th anniversary of Confederation and the 375th anniversary of the founding of Montreal.

There are “extremely exciting times ahead,” Goldstein said on April 27. “We're going to make the 150th anniversary of Canada the most spectacular celebration on the planet.”

Goldstein said Destination Canada is looking forward to Canadians exploring their own country next year and “the world coming to visit.”

Tourisme Montreal's Yves Lalumiere in turn said Montreal will “be on Red Bull all of next year” as that city energetically celebrates its 375 year.

Montreal will see festivals throughout the year and summer will see the closure of some downtown streets to enhance celebrations.

“Montreal always has been a city that loves to party. Imagine how it's going to look when we actually try to make a party,” said Tourisme Montreal's Hugo Leclerc.

Montreal celebrations will run through 2017 and include concerts, athletic events and parties, with tourists invited to join in the celebrations, officials note. This year's Rendez-vous Canada drew over 1,680 delegates, the most in the show's 40-year history.