Home › RVC-2016 › BEYOND THE ROCKIES: CONNECTING CALGARY TO THE WORLD

BEYOND THE ROCKIES: CONNECTING CALGARY TO THE WORLD

A gateway to the world, the new Calgary is a cosmopolitan city buzzing with innovative energy. 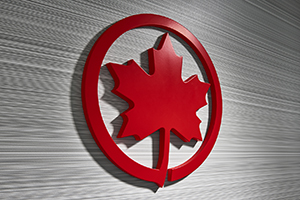 Calgary is a city on the rise. Decades of oil boom have transformed the Prairie city, giving birth to a vibrant entrepreneurial spirit and new cosmopolitan outlook. With over 1.2 million residents—roughly 30% of whom belong to visible minorities—the city feels alive with possibilities.

With strong connections to the global economy and the opening of its airport’s new International Terminal last October, there’s plenty of reasons for optimism. No longer just a gateway to the Rockies, the new Calgary is a gateway to the rest of the world. And your clients can experience it all with best-in-class service from Air Canada.

Perched between the Rockies and Prairie grassland, the natural wonders around Calgary reflect its prime geographical location—not only as one of the most beautiful areas in Western Canada, but also as a springboard to other places.

Convenient access to many North American destinations is possible with daily flights operated by Air Canada from YYC Calgary International Airport. Your clients will be able to enjoy non-stop service to major Canadian hubs like Toronto, Vancouver, and Montreal, as well as destinations across the continental United States like Seattle, Houston, and Los Angeles. Clients looking to travel overseas will also find Calgary of interest, with Air Canada-operated flights to exciting international destinations like Tokyo Narita, London, and Frankfurt.

OPEN TO THE WORLD

With Calgary’s emergence as a truly cosmopolitan city, it needed an airport to match. On October 31, 2016, YYC Calgary International Airport revealed its new International Terminal.

After more than five years of construction, over two million square feet was added to the terminal building, doubling its original size. Among the new terminal’s many features, travelers can enjoy a state-of-the-art baggage handling system, over 50 shops and services, and 24 new gates to international destinations. Your Business Class clients can also enjoy access to Air Canada’s Maple Leaf Lounges for rest, refreshments, entertainment, and personalized service before and between flights.

The terminal expansion marks the next chapter for Calgary as a world-class city. More than just an expansion project, the new terminal is a statement: that Calgary readily welcomes travelers from around the globe.

Ultimately, what makes Calgary truly cosmopolitan is not its central geographic location or its airport; it’s the city’s increasingly diverse population. More than 140 languages can be heard throughout the city, spoken by residents from South Asia, East Asia, South America, Eastern Europe, and the Caribbean. The iconic Calgary Stampede, started in 1912, has been joined over the years by new cultural attractions like Serbian Fest, Expo Latino, and the Calgary Reggae Festival.

This cultural diversity represents ties to many distant countries—connections far stronger than those of global commerce or trade. Calgary, like the rest of Canada, is a place that welcomes international travelers with open arms, no matter how long their stay. And Air Canada is proud to connect your clients with this special city by the Rockies, or fly them to their next destination.

CONNECT YOUR CLIENTS TO CANADA AND BEYOND WITH AIR CANADA FLIGHTS FROM CALGARY TO: