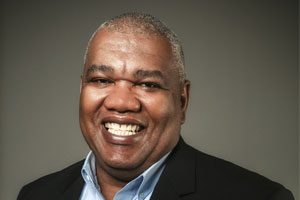 Sadler, senior vice-president of sales for Unique Vacations Inc. – an affiliate of the worldwide representatives of Sandals Resorts and Beaches Resorts – recently celebrated his 25 years of achievements with the company,

He received the Honour of the Order of Distinction in the rank of Officer, effective as of August 6 – Jamaica’s Independence Day — which is conferred upon citizens of Jamaica who have rendered outstanding and important services to the country.

Sadler will be invested with the insignia of the Order at the Ceremony of Investiture on National Heroes Day, October 16, 2017, at King’s House in Kingston, Jamaica.

No stranger to the Canadian travel industry, Sadler, who started his career with Sandals as a Playmaker before being transferred to Canada in 1992 to assume the role of sales representative, Ontario and then moved west to Vancouver to pioneer the Western Canadian market.

Having conquered Western Canada, Sadler was then promoted to regional director of sales and marketing in the north-east region of the United States.

He returned to Canada in 1998 to accept the position of director of sales and marketing, which he held until 2007 when he was again promoted to vice president – Canada.

He returned to the United States the following year in 2008 to lead sales efforts in the Americas. Working under the direction of Sandals Resorts’ chairman, the Hon. Gordon ‘Butch’ Stewart, Sadler is responsible for the largest sales force of any resort company in the Caribbean, with a team of 125 sales professionals in the United States, Canada and 22 countries in Latin America.

And from all of us here at Baxter Travel Media, our heartiest congratulations.