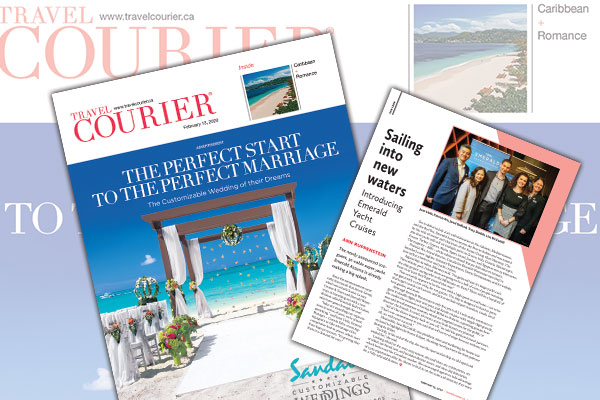 Since the announcement came early this month that Scenic Group, which owns both Scenic Luxury Cruises & Tours and Emerald Waterways, is branching out with a new division called Emerald Yacht Cruises, sales have gone through the roof.

“Sales are exceeding our expectations in terms of pace, we’re almost panicking,” said Juna Ueda, General Manager – Canada Sales, encouraging agents to take advantage of its competitive lead-in prices, which start from $495 per person. “It’s proving that there is a demand for sure.”

Set to debut in July 2021 with itineraries in the Adriatic, Mediterranean, and the Red Sea, Emerald Azzurra means sky blue in Italian and was named by the wife of owner and chairman of the Scenic Group, Glen Moroney. The 360-foot yacht will call on multiple ports in Greece, Italy, Croatia, Montenegro, France, Turkey, Cyprus, Malta, Spain, Israel, Jordan and Egypt across 25 itineraries. The majority — 88% — of the cabins onboard feature balconies or terraces.