Sailing To Success With Ellen Bettridge

Just Ask, The Answer May Surprise You 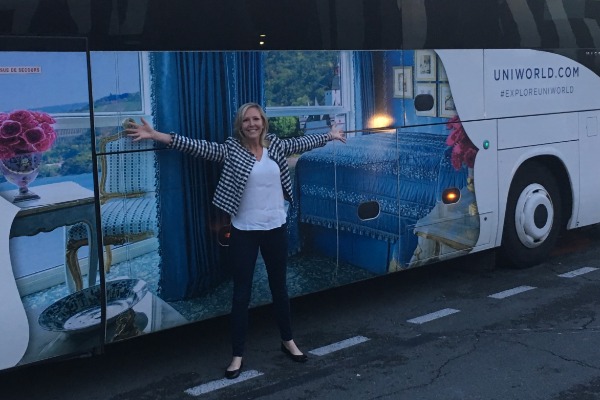 After the Foreign & Commonwealth Office of the UK issued a blanket statement in July advising against all cruising, Ellen Bettridge, the President & CEO of Uniworld Boutique River Cruises, penned 500 words about how river cruises shouldn’t be compared to ocean cruising and sent it off to The Telegraph.

“Every day, we’re close to land, every day there are 130 people versus thousands. There’s absolutely no where to compare. We source our food locally, we’re going to these small little local towns, we’re not going to these massive ports with thousands of people,” Bettridge tells Canadian Travel Press from Los Angeles. “And the great news is, a few days later they reversed it. One thing that Brett Tollman [the CEO of The Travel Corporation, Uniworld’s parent company] has always taught me is you’ve got to be the squeaky wheel, you’ve got to speak up and you’ve got to ask for stuff and if you don’t it doesn’t get done. So, several of us got together and spoke up and I think our voices were heard so that was pretty exciting.”

Over the last four years at the helm of the river cruise line, Bettridge has encountered many other challenges.

“The first year I got there, it was in 2016, so that was the bombings in Paris, and business was a mess. Going into 2017 things started to come back and look good, then 2018, we had low water situations, so that meant learning, then 2019, the River Countess was hit by the MSC ship, so definitely had to learn something else, and now this year we have COVID,” she says. “I don’t know if you could ever put anybody through a better training course on what to do, without having these things actually happen to you.”

For the full story, check it out in CANADIAN TRAVEL PRESS.