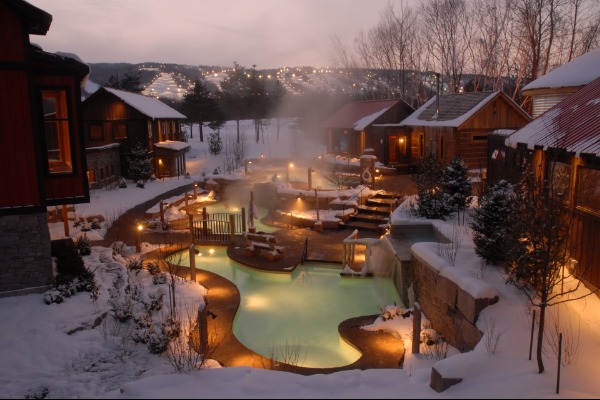 The Ontario Ski Resorts Association (OSRA) is pushing back on Ontario’s decision to include the province’s ski hills in the province-wide lockdown that began on Dec. 26, 2020.

Kevin Nichol, president of the Ontario Ski Resorts Association (OSRA), said that: “Despite working with the Government of Ontario over the past several months, despite nearly 2,500 Ontarians sending letters through the Save Our Skiing campaign, and despite investing heavily into this year’s season to keep Ontarians safe, the government has decided to shutdown ski hills.”

The OSRA had been working with the government to ensure that ski hills would be supported like golf courses were during the first wave.

The association – in partnership with the Canadian Ski Council — created the Ski Well, Be Well program, to keep skiers and staff safe during the pandemic.

In November, Save Our Skiing was launched, a campaign which got thousands of Ontarians to write to their local MPP to ask for their support for the snow season.

Nichol continued: “While golf courses were supported by the Ontario Government, even during the height of the first wave of the pandemic, ski hills have been left behind. This has caused resorts to spend millions of dollars in anticipation of opening, just to be closed. Thousands of Ontarians who enjoy downhill skiing and snowboarding won’t be able to participate and will lose out on an activity that helps their physical and mental health.”

OSRA points out that on the same day as the announcement in Ontario, the Quebec government, working with ski hills, moved in the opposite direction by increasing their ski lift loading capacity from one person per chair to 50% of chair capacity. Ontario has now become the only jurisdiction in all of North America to close ski hills.

Said Nichol: “Ski hills across Ontario are ready to welcome skiers this year with extra precautions. They are ready to deliver an experience that Ontarians rely on during the darkest days of winter. Unfortunately, the government has decided to not support ski hills and is the only jurisdiction in North America to stop skiers from enjoying the sport.”

Nichol concluded: “While we will miss the thousands of skiers over the next few weeks, we look forward to welcoming them soon in a safe and responsible manner and continue to work with the government on fully and safely reopening.”