Seismic Shifts In The Air 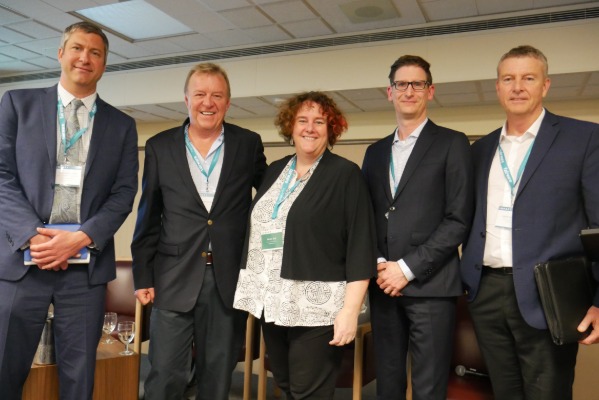 The platforms of business for the commercial airline industry are encountering seismic shifts, but the airlines are meeting these new challenges, said speakers at the recent IMPACT Sustainability Travel and Tourism conference reports western Canada editor, Ted Davis who was on hand to cover the event in Victoria last week.

Executives from the commercial airline sector took the stage at the Victoria Conference Centre to describe the changing landscape, and how they are adapting – and in some cases taking advantage of these changes. Key to that is in recognizing that new environmental demands and expectations present business opportunities, agreed the assembled stakeholders.

A quick, informative description of the playing field for commercial jet airlines was provided by Douglas Shelton, the global account manager for Cathay Pacific in San Francisco; and Geoff Tauvette, the director of environment and fuel for WestJet in Calgary. It included not only challenges and opportunities, but also achievements.

For instance, Tauvette said that fuel burning efficiencies had advanced in great leaps, and that fuel efficiency had grown by about 50% since year 2000. “Jet engines are three times more efficient than (gas burning) cars,” said Tauvette. “But we have to do a better job of telling our story,” said the WestJet director.

Shelton at Cathay Pacific agreed that the airlines are challenged to reach the public with better image-making. He noted the largely unpublicized story of how Cathay is a buyer of a new low carbon bioenergy fuel called Fulcrum Fuel. It is based on waste and was developed in Nevada. “We are buying a million tons of this fuel,” he said.

Both airline execs agreed that the challenges are having more of a presence in Europe, where the new term “flight shaming” was coined by climate activist Greta Thunberg.  And they pointed to recent media reports describing how flight shaming was starting to impact bookings by some European airlines.

Scandinavian airline SAS says its passenger numbers for travel within Sweden are declining, and it attributes this recent trend to flight shaming. SK, the country’s main train operator, said it sold 1.5 million more tickets in 2018 than in the previous year, due to the “Greta effect.”

Other European countries are experiencing the same situation. Germany saw a similar decline in domestic flights in 2018, along with a corresponding increase in rail travel.

Carbon offsets are one solution that serves to counteract the impacts of CO2 emissions, but have not been widely embraced by flight passengers to date. Airlines are now facing the prospect of covering the costs of carbon offsets themselves – a move that is forecast to slash profits earned by the airlines. Offsets are part of an uncertain financial future facing commercial jet airline companies.

Another future piece of the puzzle is the powering of jet aircraft engines by electricity, using technology that is still in its infancy. Ways are still be sought to reduce the weight of storage batteries and increase their storage capacity. But some light at the end of tunnel was offered by one of the presenters.

Randy Wright, the president of Harbour Air, brought his story of electricity to the IMPACT Conference.  Harbour Air, the world’s largest commercial scheduled floatplane airline, recently completed a successful test flight of an electric-powered propeller-driven aircraft. The short flight from Richmond’s Fraser River proved that electric propeller engine tech was ready to fly, but the president cautioned that there was still work to do before a full service rollout.

“The batteries have to get lighter and they need to have a great storage capacity,” said Wright. “But we’re getting there,” he said, noting that Harbour Air should be operating all-electric scheduled flights within five years. “We have started the revolution,” said Wright.

Executives from the commercial airline sector made presentations during the recent IMPACT Conference, including (l. to r.) Douglas Shelton, the global account manager for Cathay Pacific in San Francisco; Randy Wright, the president of Harbour Air in Vancouver; Wendy Avis of the Vancouver Airport Authority; Geoff Tauvette, the director of environment and fuel for WestJet in Calgary; and session moderator Geoff Dickson of Victoria Airport.