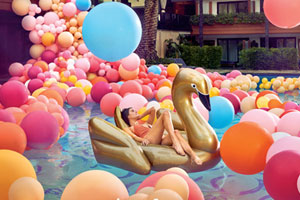 Discover Los Angeles has unveiled its new global brand campaign and it’s not selling the city, it’s selling the feeling of the city.

“Following in-depth focus groups in nine of our key global markets, one point became clear: the feel of Los Angeles has an inexorable pull on visitors. They are interested in all of the things they can do in the city, but to them, L.A. is first and foremost about a lifestyle and a feeling.”

“We wanted to convey the experience of getting into the L.A. frame of mind and invite viewers to feel the palpable energy of the city.”

The campaign launched at this year’s Super Bowl and will roll out in Mexico and the United Kingdom on Feb. 20, 2017, launching later this year in China, Australia and Canada.

In 2016, Los Angeles welcomed a record-breaking 47.3 million visitors from around the globe and became the first U.S. city destination to host more than 1 million Chinese visitors.

Go to http://www.discoverLosAngeles.com for more.