Home › Destinations › Serving Up A Taste Of Louisiana

Serving Up A Taste Of Louisiana 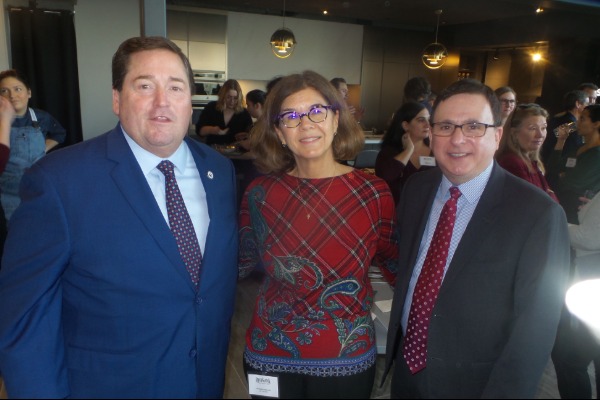 Here’s some food for thought for those who enjoy culinary tourism – there’s far more to Louisiana cuisine than its best-known dish, reports Press Today’s Ian Stalker.

And Doug Bourgeois, Louisiana’s assistant secretary of the department of Culture, Recreation & Tourism, told the gathering the dishes prepared would underscore the varied nature of Louisiana food.

“We not only are gumbo,” he told the gathering.
“You know us for our food and you love us for our food,” tourism office spokeswoman Jennifer Berthelot added.

Bourgeois compared the state – known in part for its sometimes raucous Mardi Gras celebrations – to “that crazy relative we all have that maybe drinks too much but at the end of the day has a good time.”

Lt-Gov. Billy Nungesser in turn told the gathering that Louisiana has some 400 fairs and festivals. “You leave Louisiana with a warm and fuzzy feeling.”

New Orleans’ Mardi Gras is the best known of the festivals but Nungesser said Mardi Gras celebrations are held “all over Louisiana,” with some being more suited for families with young children then others and those outside New Orleans generally offering cheaper hotel rates. “You can pick and choose what you can afford,” Nungesser said.

But he added that New Orleans’ Mardi Gras amounts to the “craziest party in America, perhaps even in the world.”

Meanwhile, Lauren Cason of New Orleans & Company said that her over-300-year-old city carries on with long-standing traditions but is also seeing a new generation of chefs and musicians rising.

The audience was also told by Buddy Boe that nearby New Orleans Plantation Country has “amazing swamps (that can be explored) and beautiful landscapes.”

Meredith Conger of Visit Baton Rouge said the city is “home to all types of culture” and a “great arts scene.” It’s also seeing new restaurants and breweries, she added.

Jesse Guidry of the Lafayette Conventions and visitors Commission labeled his city “the heart of Cajun and Creole country” and added the city is also “the heart of French Louisiana.”