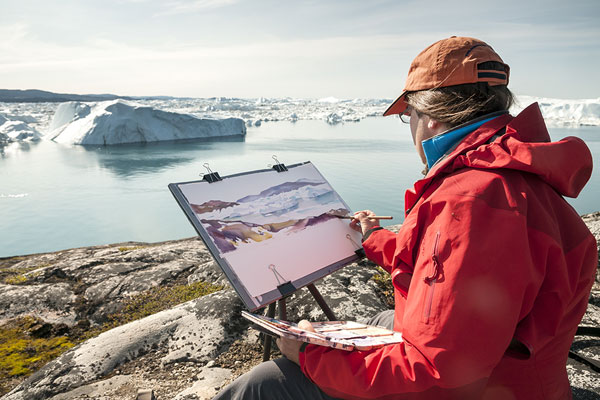 Voyages include favourites such as Fins & Fiddles (a Canadian Signature Experience), Canada’s East Coast Golf Expedition and Classic Northwest Passage & Greenland, all operated on RCGS Resolute, as well as Baffin Island – Jewel of the High Arctic (extended Greenland voyage), High Arctic Explorer and Pathways to Franklin taking place on the Akademik Ioffe. Akademik Sergey Vavilov will be returning to Svalbard where she will travel on three Spitsbergen Encounter voyages, one of which will be a photography symposium led by award-winning nature photographer Daisy Gilardini.
Following its inaugural voyages to Costa Rica and the Panama Canal; Scotland, Ireland, Faroe Islands and Iceland, OOE is delighted to see these popular itineraries return for summer 2020.

Commencing in 2020 will be an exciting array of new voyages.

A classic expedition linking three countries with a rich history, breathtaking scenery and fascinating communities, Path of the Vikings: Iceland, Greenland & Canada follows in the footsteps of early Vikings across the Atlantic on their quest of discovery 1000 years ago.

On the Journey into the North: Labrador, Torngats & Greenland itinerary passengers will travel from the temperate climate of Canada’s Maritimes northwards into higher latitudes. Sailing the southwest coast of Greenland, guests will explore a maze of iceberg filled fjords and colourful fishing villages on the Viking Explorer: Greenland & Eastern Canada voyage, crossing the Davis Strait to Newfoundland, where history and legendary hospitality awaits.

On the Across the Arctic — EPIC, OOE has combined the Classic Northwest Passage & Greenland with the new Viking Explorer, to create a 23-night Epic voyage across the Arctic. Passengers will follow in the footsteps of the early Arctic explorers exploring the archipelago of islands and channels that create Canada’s High Arctic region as they travel through the remote Northwest Passage before discovering the ice and fjords of Greenland and the rich history of Canada’s East Coast.

Sail on over to https://www.oneoceanexpeditions.com/ for more.