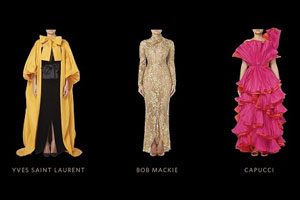 Shangri-La Hotel, Toronto is rolling out the red carpet to celebrate its four-year anniversary.

To usher in a new year, the hotel will unveil a redesigned Lobby Lounge and a new permanent couture dress installation from William Vintage.

Inspired by the art of fashion, the Lobby Lounge is also introducing a new series of cocktails titled the Couture Cocktail Collection. Each cocktail has been carefully crafted by Lobby Lounge’s mixologist to complement the elaborate designs of each dress.