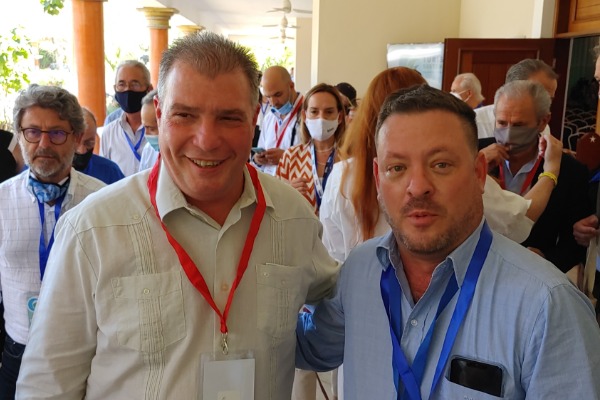 It’s literally show time in Cuba and that’s a welcome sign to those in the country’s tourism trade that a rebound from the punishing pandemic is underway.

After a Covid-related absence, Cuba’s annual tourism show FitCuba opened in sun-drenched Varadero Tuesday, hosting delegates to an event touting not only Cuba’s many beaches but other sides to the country, such as ecotourism on the Caribbean’s largest island, reports Press Today’s Ian Stalker, who is attending the show.

“We are very happy to see people again. We thank you for your attendance,” Cuban Prime Minister Manuel Marrero said during FitCuba’s opening ceremony.

“We have opened our borders and tourism is operating normally,” added Marrero, who had a long tenure as Cuba’s tourism minister.

He praised Cuba’s handling of Covid, citing government statistics that state over 99% of Cubans who have contracted it have recovered.

This is the 40th edition of FitCuba.