Skal ‎Toronto Appoints New Board for 2020 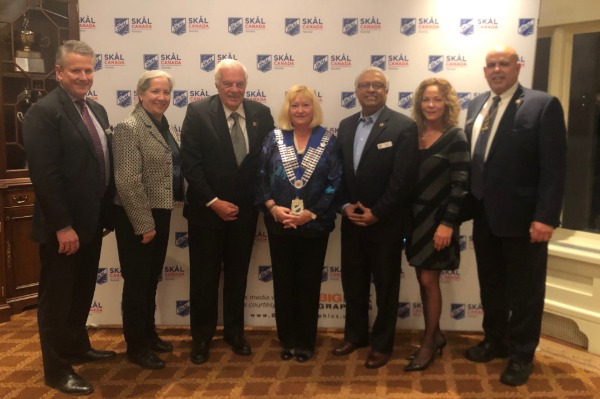 The Skal Toronto Club held its annual general meeting Feb. 11 at the Lambton Golf and Country Club where a new board was announced.

Some of the highlights of the AGM include announcing that Skal Toronto Club donated to Daily Bread Food Bank resulting from a successful golf tournament and Christmas Gala auction in 2019. The financial results for 2019 outlined during the meeting were very positive. In 2019, eight new members joined the club.

The Skal Toronto Club will be focusing on increasing membership in 2020, creating value for their members and planning effective, fun networking events. Speakers will be planned for most meetings. A membership incentive program was launched giving members financial incentives for introducing new member to the Skal Club.

The next meeting will be held at the Old Mill on March 24. A joint meeting with Skal Hamilton Niagara and Skal Toronto North is planned at the Mississauga Golf Club on April 21 and lunch is confirmed at the Boulevard Club on May 26. The golf tournament is being finalized for August.

Webb recognized Hartley as the Skal Toronto Club member of the year for her passion and continued support to the club and especially her management of the successful Skal Toronto golf tournament co-hosted by Skal Toronto North.