Home › Airlines › SkyLink Has All The Right Tools For Agents

SkyLink Has All The Right Tools For Agents 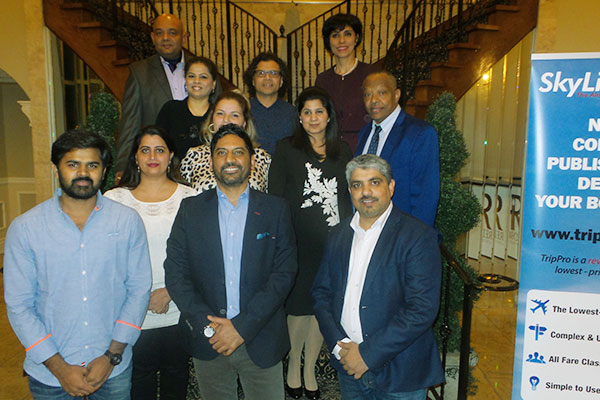 SkyLink believes it has a particularly “app(s)ropriate” way to serve travel agents.

SkyLink says TripPro offers “the lowest priced international airfares,” “complex and unique itineraries,” all fare classes and is easy for agents to use.

Datta told the gathering “mobile friendly” Trip Pay and Trips are “how the future is going to be” and that users will find “each and every detail at their fingertips… This is an exceptionally new tool.”

He said users will have the “right tool” to expand their bases.

Datta used the evening to praise both travel agents and the airlines SkyLink offers, with a large number of airline representatives being on hand for the event.

Datta told agents that they bring “fun and happiness” into people’s lives through their work, while “airlines work tirelessly to serve our mutual customers.”

Spencer Sorensen of WestJet in turn noted his airline’s rapid growth from being a carrier that initially served a handful of Western cities to one that has built up an international network.

Sorensen also welcomed WestJet’s decision to add the Dreamliner to its fleet.

Ayhan Ugur of Turkish Airlines’ Toronto office reported that his carrier serves 124 countries and over 300 destinations and has the youngest fleet of any European airline.

Ugur said Istanbul is in a prime location for those wanting to continue beyond the city, adding Turkish Airlines serves 80 destinations that are within three hours from Turkey’s largest city.

Pictured is the SkyLink staff.