Added Lift Sees Tourism on the Rise to Mexico's Capital 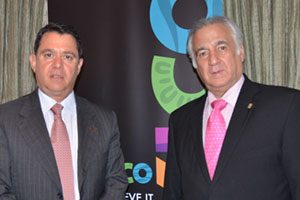 Tourism to Mexico City is on the rise.

Miguel Torruco Marqués, minister of tourism, Mexico City, told a Toronto gathering yesterday (Aug. 22) that the addition of 20 new non-stop flights to the destination over the last three years, with two more routes set to launch (from Austin, Texas and Tokyo, Japan’s Narita International Airport), has resulted in an upswing of visitors.

“International arrivals have increased almost 16.8% during the last two years,” he said. “Last year until the end of 2015 – without the new flights from Toronto and Vancouver – we received 111,000 Canadians to Mexico City. We used to increase 16% annually since 2014, but we’re very happy to know that thanks to the new flights, in the first five months of this year Canadian arrivals have already increased 36%. So already in the first six months we have been receiving 75,000 Canadian tourist people.”

While many travellers to Mexico City stay in hotels and resorts, he says a significant market is those who visit and stay with family or at their own properties, a group which spends $1.5 billion annually.

“There are nine very important archaeological ruins just in the city… four UNESCO World Heritage Sites. We have 198 museums – we’re behind only London with more museums around the world – and gastronomy is huge… I know Canadians love the culture – it’s not just about the good weather and lying on the beaches on the shore.”

In addition to highlighting the vast offerings of the destination, Marqués was on hand to welcome Porfirio Thierry Munoz-Ledo, the recently appointed consul general of Mexico in Toronto. The luncheon was held in advance of a roadshow event taking place today (Aug. 23) to promote tourism to the city and to celebrate the launch of Mis Raices – My Heritage, a project aiming to increase Mexico City as a tourism destination.

“The mayor of Mexico City has appointed tourism as a priority in his government since December of 2012, and we are working very hard on this,” he says. “Last year we had more than 13 million touristic visitors. We are now the most visited city in Mexico, South and Central America.”

Pictured (top) at the event are Porfirio Thierry Munoz-Ledo, consul general of Mexico in Toronto, and Miguel Torruco Marqués, minister of tourism, Mexico City. Pictured with Munoz-Ledo below is Rodrigo Esponda, director Mexico Tourism Board – Toronto, who announced he would be wrapping up his tenure with the tourism board after 16 years. 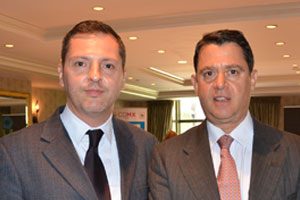