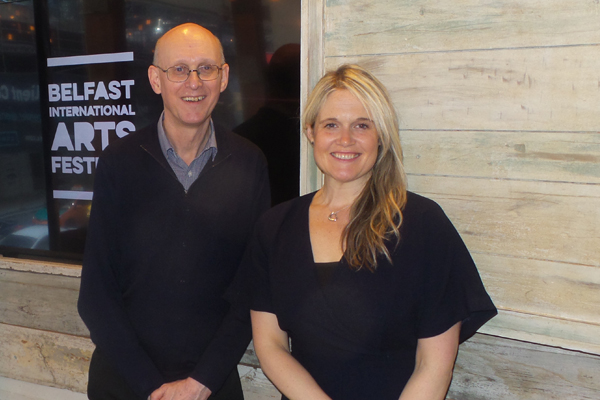 Northern Ireland officials are touting its festive present without sugarcoating its sometimes violent past.

Richard Wakely, director of fall’s Belfast International Arts Festival, said during a Friday Toronto visit that the secretarian violence that plagued Northern Ireland for much of the 20th century is over and those visiting Belfast today will find a flourishing cultural scene.

“The city has changed beyond all recognition,” he said. “It’s an astonishing turnaround.”

The Belfast International Arts Festival – which Wakely labelled the “granddaddy” of Belfast’s festival scene – begins in mid-October, and the 20-day event will “take you to the four corners of the globe,” he said.

He added Belfast is “awash with stories of our past and present. Storytelling is in our DNA.”

Other points of interest in Belfast include a museum that recounts the “construction, launch and voyage” of the Titanic, which was built in Belfast.

Those interested in Belfast’s sometimes violent history can see the many murals around the city that serve as tributes to combatants and indeed some of those combatants now lead tours of former flashpoint areas, recounting the fighting from personal perspectives.

“It you want a clean, anti-septic, whitewashed tourist experience, don’t come to Belfast. What we have is much more authentic,” Wakely said while adding that the city is now “very safe.”

Tourism Ireland now represents Northern Ireland, a result of the peace accord.

Welch said the city of Londonderry/Derry celebrates Halloween “like no other,” with visitors certain to see great costumes.

The event is referred to as Fancy Dress in some circles, prompting Welch to say she thought she “needed a ballgown.”

Pictured are Wakely (l) and Welch.