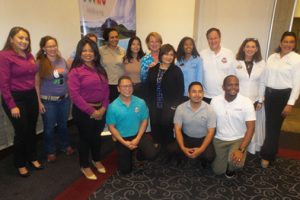 Archeology enthusiasts are certain to be in their element in Belize.

Deborah Gilharry of the Belize Tourist Board told a Thursday Toronto event that the Central American country was the “heartland” of the Maya civilization and is now home to “the highest concentration of Maya sites in Central America.”

Among interior Belize sites is Lamanai, which can be reached by boat, with the river journey working its way through forest that’s home to the likes of howler monkeys, so named because of their remarkably loud calls.

Journeys to Lamanai are an “amazing experience,” Gilharry said.

The Maya site of Caracol in turn is home to the tallest structure in Belize, she said.

But Gilharry added that archeology is only one side to her homeland, with the country’s Baboon Sanctuary not having any of those African primates, but does have monkeys.

Belize has also created a sanctuary specifically to protect jaguars, with those large cats having seen much of their original range in the Americas greatly reduced. The Belize jaguar sanctuary is the only jaguar sanctuary in the world.

Huge, but harmless whale sharks gather off of part of Belize’s coast, at times arriving as early as March and staying there into summer.

Indeed more than half of Belize is protected by national parks and reserves, Gilharry reported.