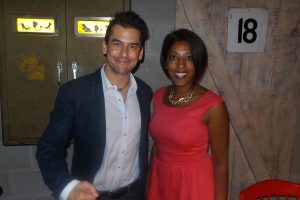 Company managing director Daniel Fraser told a Toronto gathering yesterday (Sept. 8) that there’s a perception among many travellers that much of Thailand is “over-touristed,” when in fact 90% of northern Thailand hasn’t been explored by foreigners.

Ex-Calgarian Fraser said his company can enable visitors to “get outside the Chiang Mais and Chiang Rais,” exploring little-seen regions in a luxurious manner.

Fraser, who’s lived in Bangkok for 16 years and hosts a TV show in Thai, said that more-visited southern Thailand also has areas that see relatively few tourists, with visitors able to “still have very authentic experiences” in that part of the country.

Smiling Albino sends people to several Southeast Asian countries, among them Cambodia, perhaps best known for the imposing ruins of Angkor Wat, but which Fraser said has seen “enormous” kingdoms that rivalled the current capital of Phnom Penh in size and were at one time part of the “largest and most sophisticated civilization on earth,” but which have since become covered by jungle.

Smiling Albino clients can explore parts of Cambodia by bike or kayak if they wish, he continued.

Another Smiling Albino destination is Vietnam, which Fraser said is often associated with “Cold War tourism.” But the “Vietnamese have largely gotten over the war” and are often disappointed that Western tourists don’t show greater interest in that country’s handicrafts, he said. “We’re trying to connect people with real life experiences in Vietnam.”

Fine dining is found in much of Southeast Asia, he continued, adding there are “more high-end dining establishments in Bangkok than there are in Hong Kong.”

Fraser added that he believes that “luxury travel can be a phenomenal way to support local people.”

Pictured are Fraser and Alicia Thompson of Away by TTI Travel.
(http://www.smilingalbino.com)