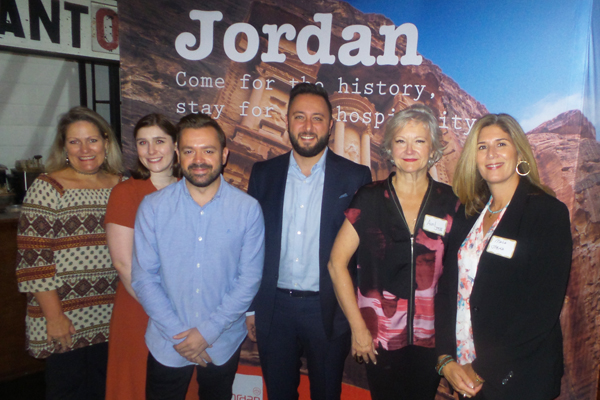 Those overnighting in the Jordanian desert region of Wadi Rum may end up a little star-struck.

Malia Asfour of Visit Jordan’s North American office says the sparsely populated region has tent encampments for tourists, who will be in a region that was central to Lawrence of Arabia’s famed campaign, with the British military officer labelling Wadi Rum “vast, echoing and God-like.”

Wadi Rum is known in part for its eye-catching rock formations.

Tourists wanting to tent in Wadi Rum can do so in traditional Bedouin tents or “bubble tents,” with the latter enabling them to look upward to celestial displays.

“You lie in your bed and look at the stars,” Asfour said during a Tuesday Toronto event that Baxter Media participated in. “You will see some stars that you won’t see anywhere else on Earth.”

Wadi Rum is free from light pollution and so night views are spectacular, Asfour said of a region used as a setting for the Matt Damon movie The Martian and which will appear in the next Star Wars movie.

Wadi Rum can be explored in different ways, including four-wheel-drive safaris and by hot-air balloons.

Asfour also praised the Jordanian commitment to the environment, noting the country has nine nature reserves that provide refuges for wolves, eagles and a host of other creatures and showcase Jordan’s different terrains.

There is even a shelter for smuggled animals that were intercepted by Jordanian authorities and then needed a home where they would be properly cared for. This includes two tiger cubs.

The Middle East has seen its share of turmoil, but Asfour said Jordan is “pretty much an open country, quite a liberal country.”

The Washington-based Asfour notes she frequently travels to Jordan with her children, demonstrating she’s confident Jordan is safe.

Justin Wegiel of G Adventures, who has visited Jordan, said Jordan “gets a bad rap from some of it noisy neighbours.”

Meanwhile, Diane Molzan of Goway, which has an extensive Jordan program, said those who travel to Jordan and elsewhere with Goway can be confident their tour will run smoothly.

“We’ve got people on the ground that are going to make things happen.”

Molzan, who has also visited Jordan, said Goway has Africa and Middle East staff that “really, really are experts.”