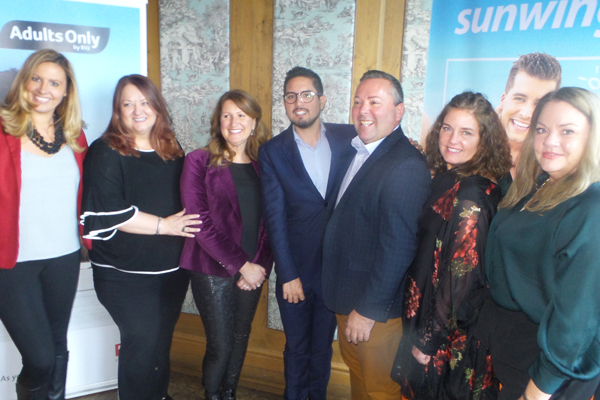 The Riu Hotels & Resorts brand will continue to surface in points far and wide in the coming years.

Hugo Aguilera, Riu’s director of partner marketing and business development USA and Canada, told a Toronto gathering yesterday (Nov. 28) that next year will see the Spanish company open its first hotels in Dubai and Britain, having acquired “a building in one of the best areas of London.” The London building will be renovated and then open as a Riu Plaza urban property.

The year 2021 will see a Riu Plaza property open in Toronto, Riu’s debut in this country.

The company – now found on four continents, including Africa where it has a resort on the Tanzanian island of Zanzibar – will also open its second city hotel in New York in what it says will be a “very privileged location very close to Times Square.”

Next year will also see “the full renovation of the Riu Montego Bay, with work “expected to begin in April and finish in November.”

Aguilera also noted that Riu decided to open its first hotel in Madrid, which is found in “one of the most emblematic” buildings in the Spanish capital.

Aguilera also urged those on hand to continue supporting Punta Cana, with the Dominican Republic’s tourist trade struggling at times this year following the sudden deaths of a number of American visitors, deaths that drew international publicity. The deaths were later blamed on natural causes. “It’s important we don’t forget about them (those in the Dominican Republic’s tourist trade),” Aguilera said.

Aguilera added that Riu is committed to working with travel agents.

The gathering was in turn told by Dave Wright of Sunwing that Riu has a “fantastic product…We love selling it.”