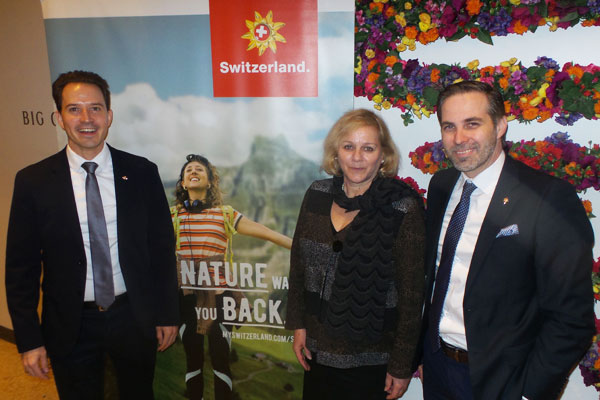 The CEO of Switzerland Tourism says a Switzerland vacation doesn’t have to leave a large dent in a tourist’s back account.

Martin Nydegger said during a Friday Toronto visit that there’s a perception among some that Switzerland is expensive for visitors, but added that his “high-quality” destination has plenty of food options and a “whole range of hotels” that can translate into a non-expensive stay.

Tourism authorities also cite the likes of the Swiss Travel Pass, which offers transportation on such travel modes as trains, boats and buses and provides entrance into some 500 museums and dozens of castles as a way to save money. Multi-day passes are available in two classes and children up to 16 can receive the pass benefits without paying if they’re travelling with a parent who has a pass.

He added that a country famous for its alpine scenery is courting the weddings and honeymoon market, with wedding ceremonies available in dramatic outdoor settings. Switzerland is also increasingly active in the heath and wellness markets, being able to offer choices ranging from spa stays to complex surgery, he said.

Nydegger noted that those eager to reach lofty heights in Switzerland, but who aren’t particularly fit can do so, thanks to Switzerland’s having 600 cable cars. “You can walk up, you can hike up and you can take the cable car up,” he pointed out. He said tourists will never be far from seemingly endless green spaces while in Swiss cities.

“Within 10 or 15 minutes you’re out in nature.” Pascal Prinz, who oversees Switzerland Tourism’s Canadian office, labelled Switzerland “an easy destination to sell,” with those sales able to generate good revenue for agents. Prinz noted his office provides webinars in French and English. “We really believe in the travel trade,” he said.