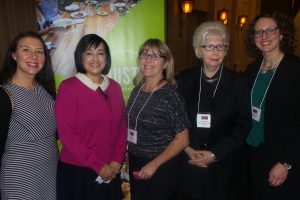 Oenophiles will be in their element in Texas.

Chris Radley, who represents Texas Tourism in Canada, told a Nov. 15 Toronto gathering that Texas has more than 180 wineries and is the fifth-largest producer of wine in the United States.

Those who appreciate wine will find wine trails that are easy to navigate, she continued.

Tourism authorities add that Texas is also home to 80 craft breweries and distilleries, underscoring varied tourism attributes in the jurisdiction.

Radley praised southwestern Texas’ Big Bend Country for showcasing the “grandeur of the Old West, while those heading for the “Gulf Coast should pack your flipflops and sunscreen.”

Texas’ varied landscapes make it “great for nature and ecological tourism,” she continued.

Carina Boukary-Mory, Canadian representative for the Greater Houston Convention and Visitors Bureau, in turn said that city has a flourishing cultural scene, being home to some 19 major museums and over 10,000 restaurants serving cuisine from some 70 countries, and baseball fans can go for a “behind-the-scenes tour” of the Houston Astros’ stadium.

Patrice Bell, Canadian representative for the San Antonio Convention & Visitors Bureau, noted that that city will be marking its 300th anniversary in 2018 and numerous festivals “are being prepared for that big birthday.”

Pictured at the event are Radley; Debra Bustos of Texas’ Department of Economic Development & Tourism; Bell; Ruth Williamson of the Consulate General of the USA in Toronto; and Boukary-Mory.