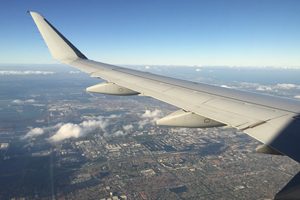 The International Air Transport Association (IATA) is forecasting global industry net profit to rise to $38.4 billion in 2018, an improvement from the $34.5 billion expected net profit in 2017 (revised from a $31.4 billion forecast in June).

Highlights of expected 2018 performance include:

Strong demand, efficiency and reduced interest payments will help airlines improve net profitability in 2018 despite rising costs. 2018 is expected to be the fourth consecutive year of sustainable profits with a return on invested capital (9.4%) exceeding the industry’s average cost of capital (7.4%).

“These are good times for the global air transport industry. Safety performance is solid. We have a clear strategy that is delivering results on environmental performance. More people than ever are travelling,” said IATA director general Alexandre de Juniac. “The demand for air cargo is at its strongest level in over a decade. Employment is growing. More routes are being opened. Airlines are achieving sustainable levels of profitability. It’s still, however, a tough business, and we are being challenged on the cost front by rising fuel, labour and infrastructure expenses.”

Airlines in North America are forecast to generate the strongest financial performance with net profits of $16.4 billion in 2018 (up from $15.6 billion in 2017). Market conditions are expected to continue to be strong, with announced capacity growth (3.4%) likely to be slightly less than our traffic forecast of 3.5%.

North American airlines have generated more than half of the industry’s profits produced in the past three years, but rising cost pressures have slowed further improvements.