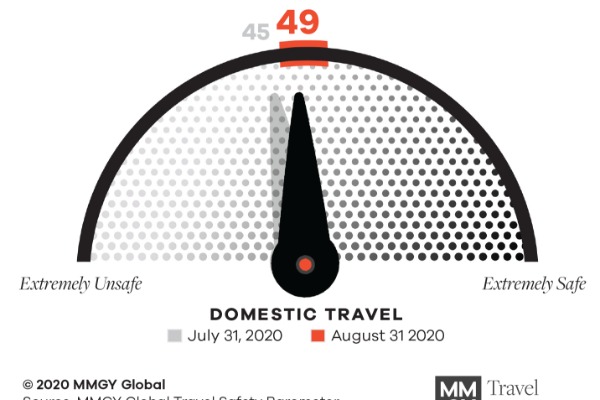 New research indicates that U.S. travellers’ perceptions of safety for domestic travel, transportation, lodging and even business travel are at their highest since the start of the global pandemic.

That research is designed to track how COVID-19 is impacting travellers’ attitudes, perceptions, and behaviours.

Chris Davidson, executive vice president of insights and strategy, observed: “We’re seeing this momentum from the summer spurred on by people venturing away from home for the first time in months. Americans are figuring out what they feel comfortable with and are starting to feel safer traveling domestically, though international travel is still perceived by most to be unsafe.”

The Domestic Travel Safety Barometer, which measures traveller sentiment on a scale of 0 (extremely unsafe) to 100 (extremely safe), experienced a 4-point jump with confidence in the safety of domestic travel increasing from a score of 45 to 49 from July to August. 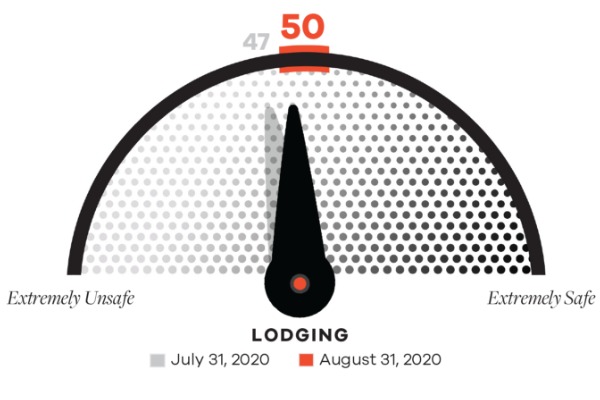 At the same time, the Lodging Safety Barometer reached an all-time high score of 50 as confidence in staying at hotels and resorts rose.

These positive feelings are also reflected in the latest TIPS report, which found the likelihood of taking a domestic leisure trip during the next six months has increased from 38% in July to 42% in August.

Furthermore, 75% of travellers said they are likely to travel by personal car during the next six months – the highest level reported since the survey began in March.

As well, after months of stagnation, the Business Travel Safety Barometer score showed a modest increase to 38, up from 35 points in July.

Similarly, the most recent TIPS survey found the likelihood of taking a domestic business trip during the next six months increased from 31% in July to 35% in August.

Importantly, it also seems more people who thought business travel was going to be totally out of the picture this year now see it as a possibility.

The percentage of business travellers who said they were not at all likely to take a business trip during the next six months declined significantly from 35% to just 25%. 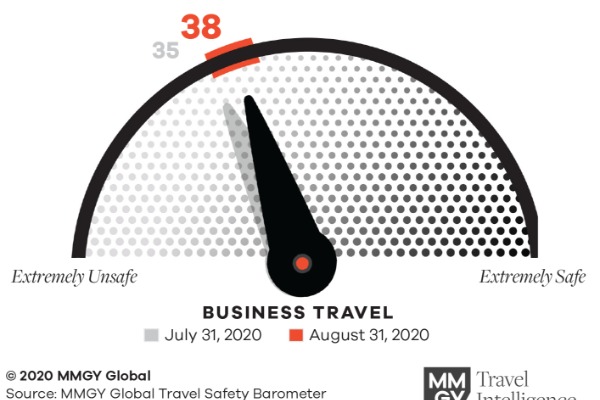 MMGY Travel Intelligence’s Travel Intentions Pulse Survey is conducted monthly among 1,200 U.S. residents who have taken an overnight trip for either business or leisure in the past 12 months.

For the full report, go to www.mmgyintel.com .