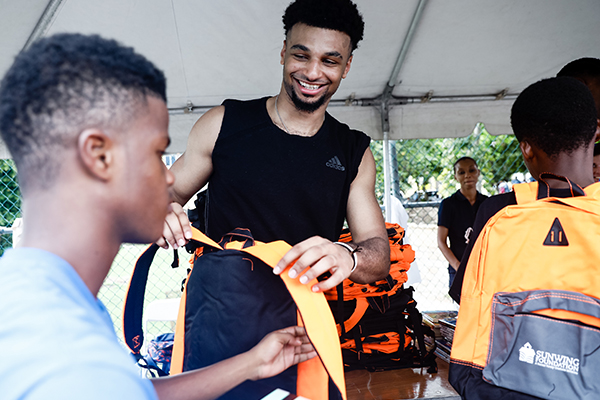 Canadian player for the Denver Nuggets and seventh overall pick in the 2016 NBA draft, Jamal Murray, frequently hosts basketball camps in his hometown of Kitchener, Ontario together with his father, Roger Murray who was born in Jamaica.

However, this was the first time that the pair had organized a camp on the island. They were joined by Rondae Hollis-Jefferson, who recently signed with 2019 NBA Champions the Toronto Raptors.

The three basketball camp sessions were organized with the goal of empowering local youth between the ages of eight and 16 to become leaders in their community. In addition to hosting the camps, Jamal Murray and Rondae Hollis-Jefferson also hand-delivered over 400 Sunwing Foundation school backpacks and provided giveaways by adidas and the Denver Nuggets. 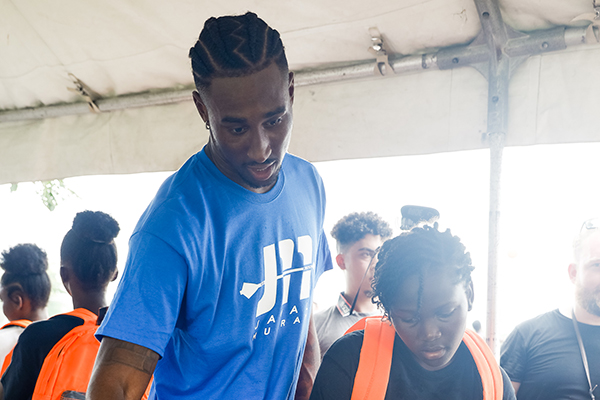 This donation is the latest in the Foundation’s Flying Start initiative, which encourages youth education and development. The hosts of the training camp flew to Jamaica on Sunwing Airlines, the Sunwing Experiences team in destination provided transportation to and from the camp and the team at Royalton White Sands provided accommodations for the group during their time in Jamaica together with snacks and refreshments for the youth in attendance at the camp.

“It was such an amazing experience to be able to meet so many young players in Jamaica,” said Jamal Murray. “Their enthusiasm was incredible. We’re delighted with how well this first camp went and are already thinking about the next one.”

“The Sunwing Foundation is committed to supporting youth in the destinations we serve and we are honoured to have been able to offer Jamal and Roger Murray support for the basketball camp during their realization of this worthwhile project to help young people succeed in their community,” said Stephen Hunter, CEO of Sunwing Travel Group.

For more, go to www.sunwingfoundation.com .