SWISS Takes Off From Canada 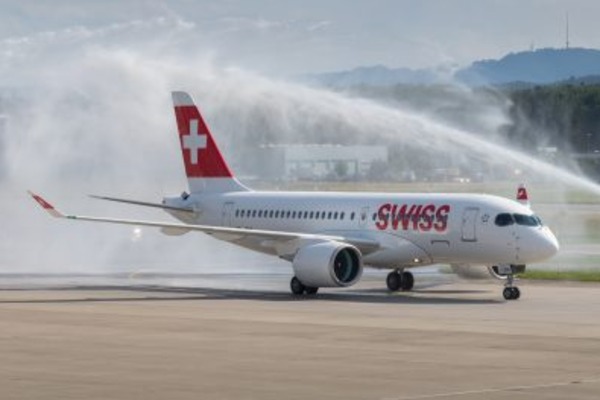 The Zurich-Montreal route is just one of the many Canadian routes opened by various passenger airlines of the Lufthansa Group as a result of international travel restrictions being eased.

The Zurich-Montreal flight now operates on Wednesdays, Fridays and Sundays, with an Airbus A340-300 aircraft with a three-class configuration that includes First, Business and Economy.

Hans DeHaan, senior director Canada, Lufthansa Group, said: “SWISS is committed to offering the widest possible range of services during this ramp-up phase. As the world gradually begins to open up, the desire to travel has increased and there is an ever-growing necessity for our customers that are able to enter Switzerland and the European Union to see family and friends, as well as conduct important business trips.”

And DeHaan noted that: “With Montreal being a key gateway for the entire Lufthansa Group, it made sense to add the Zurich service in order to provide more international options to Canadians.”

More than 2,000 weekly flights to over 130 destinations worldwide will be operated by the Lufthansa Group carriers in the remaining months of the summer season.

By the end of October, over 70% of the originally planned long-haul routes will be operated by Lufthansa Group carriers.

Additionally, 90% of all originally planned short- and medium-haul destinations will be served again. The SWISS Zurich long-haul network will comprise 13 destinations in July, which is set to rise to 18 by October.

As well as resuming service to more network destinations, the airline will be intensifying its frequencies on routes already restored in both its short-haul and its long-haul networks.

Anyone booking a flight in the next few weeks can do so “without any worries.” Passengers who wish to change their travel date can make a one-time, toll-free rebooking for the same route and the same class of travel.

The rebooking must be made before the originally planned start of travel, SWISS says.l.6