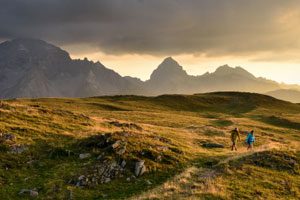 Switzerland tourism officials report that 2016 arrival numbers out of Canada remained strong in 2016.

With Evelyn Lafone, market director Canada for Switzerland Tourism, pointing out that:

And recently released tourism data from the Swiss Federal Office of Statistics prove it as Canadian arrivals and overnights numbers remained solid compared to the previous year – which happened to be an all-time record year.

Even the last three months – and that includes January 2017 – showed another moderate increase.
And over the past ten years, the number of Canadians visiting Switzerland has been growing by a total of 30%.

Which led Lafone to observe: “Canadians appreciate the rich cultural heritage of the Swiss cities as well as the natural beauty of the mountains.”

The most popular regions (in order) in 2016 included:

While the biggest growth region was the Graubuenden which saw a 14.3% increase in Canadian overnights in 2016.

In 2016, Switzerland saw its Canadian arrivals grow by 0.9% to 103,534; while the number of overnight stays from the Canada in 2016 was 227,173 – a slight decrease of 3% compared to 2015, which was an all-time record year (only arrivals and overnights in Swiss hotels are counted; vacation homes, other kinds of accommodation and visits with friends and family are not included).

For more, go to http://www.switzerland.com for more.