Home › Cruise › Take Me To The River

Take Me To The River

Ensemble Adds AmaWaterways As A Preferred 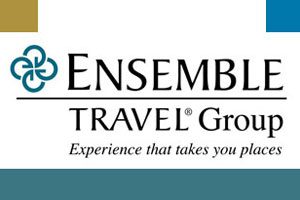 Ensemble Co-President Lindsay Pearlman announced the new partnership in a closed session before an audience of several hundred agency owners and managers during the group’s recent conference in San Diego.

Pearlman told members, “AmaWaterway’s upper premium product has been a popular river cruise option for some of our members for years, so we’re delighted to officially bring them on board already with an impressive book of Ensemble business.”

And he observed, “Ama is family-owned and they’re very involved in all aspects of the operation. This fits nicely with our Ensemble philosophy. And the fact that they’re huge supporters of the travel agency community is another plus.”

Kristin Karst, executive vice-president/co-owner of AmaWaterways, said, “Being named a preferred partner with Ensemble means a great deal to everyone on the AmaWaterways team. We pride ourselves on the sales, marketing and educational support we offer our travel agent partners and this fits perfectly with the strategy Ensemble has as an organization. We are excited to be able share our selling tools and product experience with more Ensemble members as we know how important this first-hand experience is in being able to confidently sell our river cruises.”

River cruising continues to be a popular vacation option for many Ensemble Travel Group members in the US and Canada.

In the recently released survey of its membership, Ensemble Insights, 49% of respondents forecast an increase in river cruise bookings next year compared to 2016.

Thirty-seven per cent expect bookings to be the same as 2016; and 14% expect a decrease.

Although specific destinations were not queried for river cruising, overall Europe books appear to be rebounding as 46% of the participants expect an increase in the year ahead, compared to an anticipated decrease expected by 49% of respondents for Europe bookings in 2016.

Go to http://www.joinensemble.com for more.