Home › Airlines › Take Off To Europe With Transat

Take Off To Europe With Transat 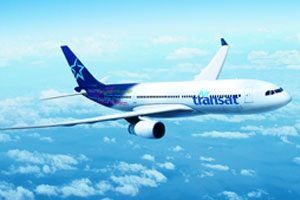 Air Transat has released details of its 2017 transatlantic flight program for travellers from Ontario, offering 26 European destinations in 13 countries next summer.

The carrier will feature an expanded connecting flight program, which includes service between Toronto and Montreal and between Montreal and Ottawa, that will result in increased access to its wide range of transatlantic destinations.

From Toronto, Air Transat will be increasing the frequency of 13 of its flights to offer 26 destinations next summer, 15 of which will be reachable by direct flight:

Along with these destinations, a number of other cities in France, Spain, England and Ireland will be available with one flight segment (departure or return) per week.

The carrier indicates that this will be ideal for travellers from the Ottawa area who are seeking to visit even more destinations during their holiday, by landing in one European city and returning from another.

The multi-destination option is offered at no extra cost to travellers. A holiday beginning in London can therefore be combined with a trip to Paris or Scotland, for example.

Go to http://www.airtransat.com for more.