Talking About A New Generation

Time To Get Ready For IATA's NewGen ISS 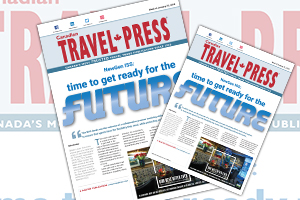 The travel trade has just a couple of months to get used to the idea of the New Generation IATA Settlement Systems (NewGen ISS) because a progressive wave roll-out is slated to start on March 1, with worldwide implementation scheduled for the end of 2019, reports Quebec editor, Mike Dunbar in the second part of a multi-part series on IATA in this week’s digital edition of Canadian Travel Press.

And all stakeholders had better get used to idea because, unlike the New Distribution Capability (NDC) initiative, it’s compulsory, said IATA director general, Alexandre de Juniac, in an aside to journalists during the organization’s recent Global Media Day in Geneva.

Aleks Popovich, the man in charge of deploying the next evolution of the Bank Settlement Plan pointed out that the 46-year-old BSP currently operates in more than 140 markets and facilitates the annual distribution and settlement of $219 billion in funds between some 400 airlines and 38,000 travel agents.

And the senior VP financial and distribution services revealed that, for every $1 million received from retailers “all but $5 is settled on time.”

But things have changed since 1971 – cash is no longer king, OTA’s exist and paper tickets don’t – so NewGen ISS has been developed to transform the BSP to ensure it meets the current needs of both airlines and agents, stressed Popovich.