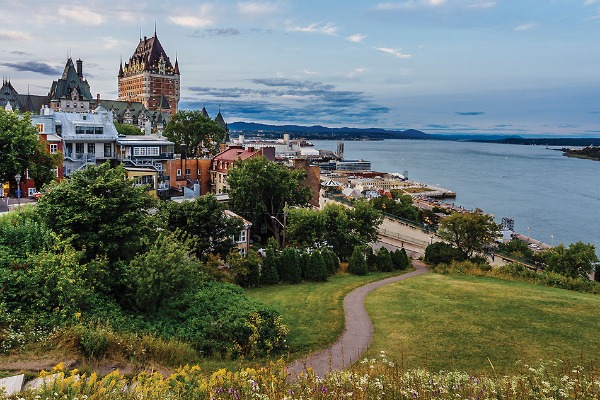 Tauck has announced it will offer small ship ocean cruises from New York City to Quebec City aboard the Silversea ship Silver Shadow in the fall of 2023, marking the company’s latest expansion into domestic cruising and furthering its partnership with Silversea.

The new 13-day “Shores of Eastern Canada and New England” itinerary will include three northbound Manhattan-to-Quebec City departures along with three southbound trips, all in September and October of next year.

The new cruise follows the 2019 introduction of Tauck’s “Cruising the Great Lakes: Chicago to Toronto” itinerary.

Elsewhere in the U.S., Tauck has also featured a cruise along Alaska’s Inside Passage as well as a 15-day “Grand Alaska” combination land tour/seven-night cruise in its portfolio for many years.

Tauck CEO Dan Mahar said: “We’ve seen tremendous interest in our Alaska and Great Lakes programs – we essentially sold out across the board this year – and we’re excited to expand our domestic cruise offerings for next year with this wonderful new journey.”

The new Tauck itinerary begins with an included overnight hotel stay at the New York Marriott Marquis in Times Square, followed by a day of guided sightseeing in Manhattan.

There, guests will explore the city on a sightseeing excursion before venturing out to tour the pastoral island Ile d’Orleans and experience stunning Montmorency Falls. The journey concludes with a farewell reception, dinner and overnight accommodations at Quebec City’s iconic landmark hotel, the Chateau Frontenac.

Included in the cruise price – along with all shore excursions and the Manhattan and Quebec City hotel stays – are all gratuities, airport transfers, luggage handling, port charges, taxes and more.

Sail on over to www.tauck.ca for more.