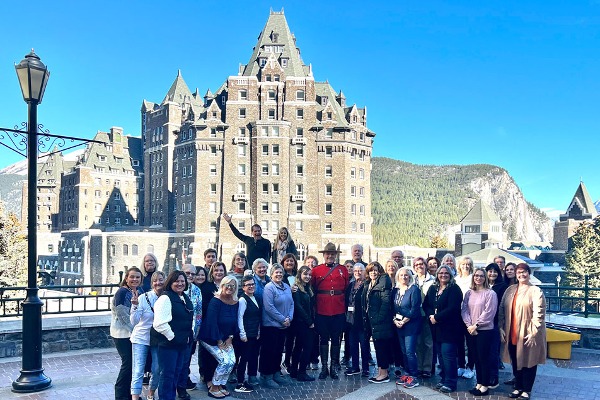 The two Tauck Academy programs – one in Alberta, one in Jordan — were held recently and combined intensive classroom instruction with first-hand opportunities to experience unique activities, cultural discoveries, hotel properties and more featured on Tauck’s land tours that operate in those destinations.

In Jordan, for example, the 37 attending advisors made their way to the stunning Treasury at Petra on camels, explored the ancient Roman city of Jerash, and enjoyed an authentic outdoor dinner at a Bedouin camp.

During the Alberta Tauck Academy, a group of 29 travel advisors enjoyed Tauck on-tour experiences including traveling the scenic Icefields Parkway, learning about First Nations culture and history from a member of the local Cree Nation, and taking in panoramic views from both the Jasper SkyTram and Banff Gondola.

Interspersed with the on-tour components were a series of intensive classroom sessions hosted by Tauck Vice President of Global Sales & Reservations Steve Spivak and other members of the company’s sales team. 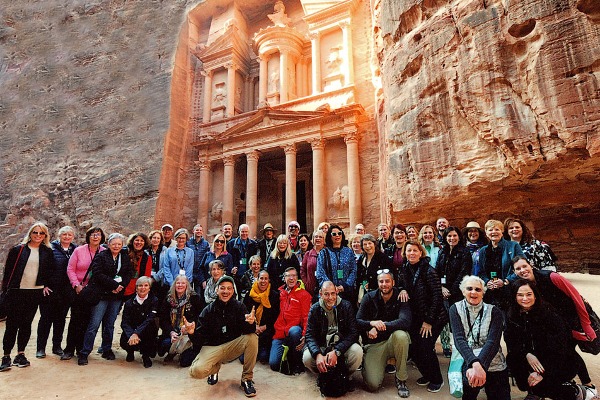 Other sessions focused on effective techniques for selling Tauck, sales and marketing resources available to advisors, and insights into “the Tauck Difference” – the qualities that separate Tauck travel experiences from those offered by others. The educational sessions provided the basis for a final exam that advisors had to pass in order to attain Tauck Certified status at the conclusion of the week-long programs.

Advisor Elliott Rouse from Travel Counsellors in the UK, attended the latter Tauck Academy, saying he “personally loved every aspect of the week in Jordan,” and adding that he’s “very excited to promote and sell Tauck going forward.” Australian travel advisor Jenny Reeves from Phil Hoffman Travel also attended the Jordan event and described it as “very well organized,” noting “the content was well thought through.” She also “loved meeting the other advisors and the Tauck staff, as well as learning more about Tauck.”

Even Canadian advisors attending the Tauck Academy on their home soil were impressed, as Monique Auzoux from Vision Travel Services in Vancouver had this to say: “What a wonderful tour of my own backyard. I’m a ‘believer’ in Tauck and look forward to building our mutual business.”

The Tauck Academy in Jordan was offered in partnership with Visit Jordan, while the Alberta program was co-hosted by Travel Alberta.